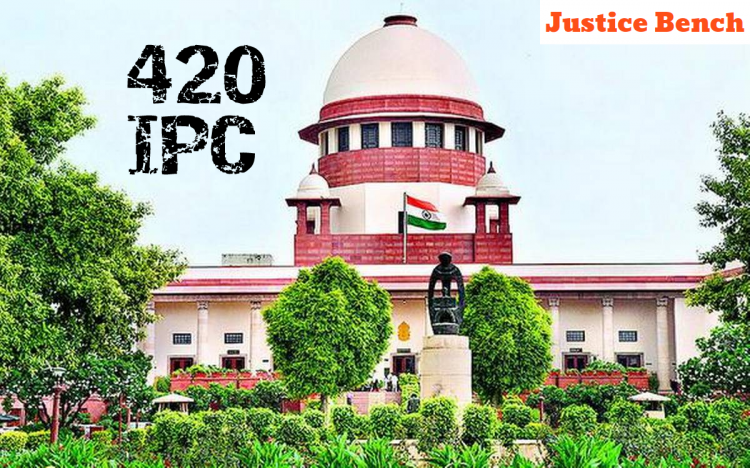 No Allegations of Dishonest Inducement ground for quashing cheating case

Recently The Supreme Court while hearing a case filed under section 420 IPC has observed that there should be dishonest inducement to deceive a person to deliver the suit property to a different person to make a case against a person for an offence under section 420 of IPC.

In allegations of the complainant that the one Kamalesh Mulshand cheated him of over 2kh of gold jewellery and an FIR u.s 420 IPC was registered.

In the investigation, it was found that the accused’s wife Rekha Jain was run away with the jewellery.

Rekha Jain approached the Supreme Court After the High Court refused to quash FIR registered against her u.s 420.

In this case, before Apex Court, Rekha submitted that there are no allegations of inducement against her and it can’t be said she committed the offence u.s 420 IPC.

On the other hand, the State opposed the appeal and submitted that the jewellery in question is found to be with Rekha Jain.

In this context, the Top Court observed that to make a case against a person u.s 420 there has to be dishonest inducement by the accused to deceive a person to part with their property. Further, the court noted that there are no allegations against Rekha Jain for inducing the compliant to part with the jewellery.

The court allowed her appeal and quashed the criminal proceedings initiated against her for offence u.s 420 of IPC as there are no allegations of inducement to part with jewellery against Rekha Jain

Title: Rekha Jain vs the State of Karnataka