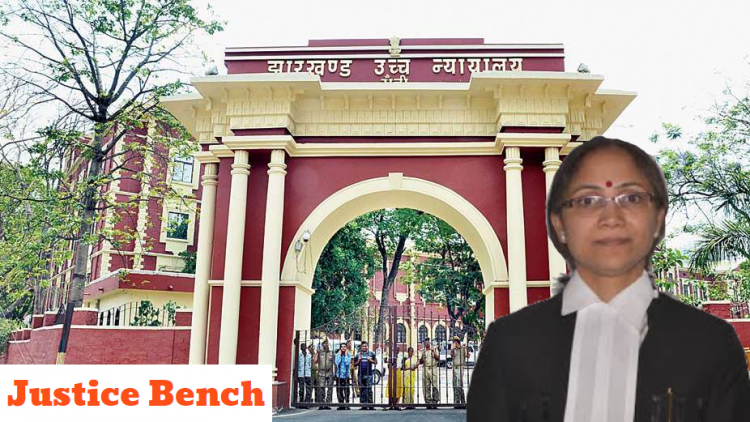 Recently, The Jharkhand High Court has ruledthat criminal case can not be quashed under section 482 crpc because there is mere existence of a case and a counter-case between the parties, or the existence of a title suit between them, is insufficient to quash the criminal proceedings instituted by one of them against the other parties.

The Bench headed by Justice Anubha Rawat Choudhary passed orders in this case.

Accordingly the petitioner filed this suite to quash original complaint filed by opposite party against the him.The FIr was registered against petitioner inthis case under Sections 193, 195, 196, 209, 211, 420, 467, 468, 469, 471, 482 500 of the Indian Penal Code and Section 78 of the Trade and Merchandise Act. The Police initatied investigation in accordance with Section 156 (3) of the Code of Criminal Procedure.

During course of the investigation, Police discovered that no offence had been committed against the petitioners and that the case is false. Subsequently, the complainant of the FIR filed a protest-cum-complaint petition before magistrate.

According to the Petition of complainant before magistrate, the charges against the accused (petitiner here in) were not properly investigated beside complainant’s and witnesses’ statements were not recorded in accordance with Section 161 of the CrPC.

The Magistrate court investigated the protest-cum-complaint case and took cognizance of the offence under Sections 417, 465, 471, 482, and 500 of the Indian Penal Code and directed the issuance of summons against the accused (petitioners here in) in the impugned order dated 06.04.2019.

The petition before the Jharkhand HC sought to stay the criminal proceedings stemming from the lower/magistrate court’s cognizance.

The petitioners Counsel, argued that there is a case and a counter case between the parties, in the ongoing current dispute, because the accused persons have also filed a case against the complainant’s husband.

The Court noted outlined in the case of Bhajan Singh that the case at hand did not meet any of the conditions for quashing the criminal proceeding:

The Court further stated that if a forged document is used in a case, the allegation of forgery must be established by instituting a separate case for that purpose.

AS result the Hon’ble high court refused to quashed the proceedings of lower or mgistrate court.