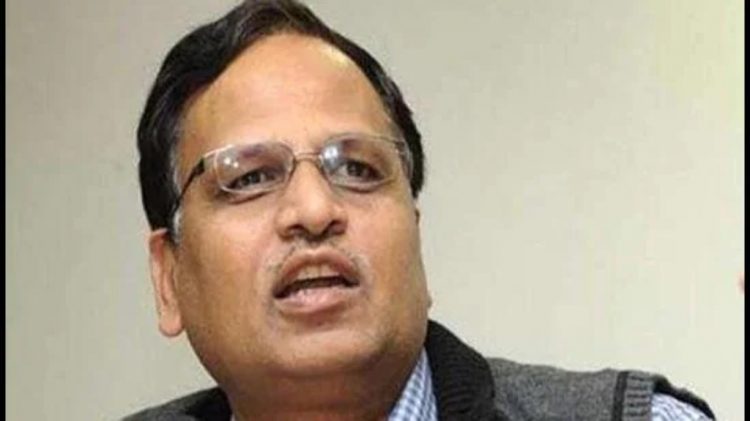 In a money laundering case against him, a Delhi court on Tuesday ordered Aam Aadmi Party (AAP) Minister Satyendar Jain to be detained by the Enforcement Directorate (ED) till June 9.

Jain, who was being investigated by the CBI in a corruption case, was apprehended by ED sleuths in a connected money laundering investigation.

Jain is a senior Aam Aadmi Party (AAP) politician who now serves as a minister in the Delhi government, overseeing the ministries of health, home, power, public works, industries, urban development, and flood, irrigation, and water.

On behalf of ED, Solicitor General Tushar Mehta stated that there is a tangled web of money involved in the case.

“We don’t know if he was laundering somebody else’s money. Who are other potential beneficiaries of this money laundering,”

He stated that 14 days of detention would be required to determine where the money came from.

“This is not a one time offence. This is of a recurring nature which may still be going on. He may be able to throw light during custodial interrogation,”

Even in the CBI case, Senior Counsel N Hariharan, representing Jain, stated that the ED has been unable to identify any source of income.

“No evidence to show that money from me went (hawala). His house been searched on two occasions. His bank accounts also seized. The entire material is with them. I’m given share in these companies as a consultant. I was architect. What company does is none of my business. Even today it’s same share percentage. The land is in the name of those companies,”

Manish Sisodia, the Deputy Chief Minister of Delhi, tweeted on Monday that Jain’s detention had political overtones because he was the party’s in-charge for the impending elections in Himachal Pradesh.