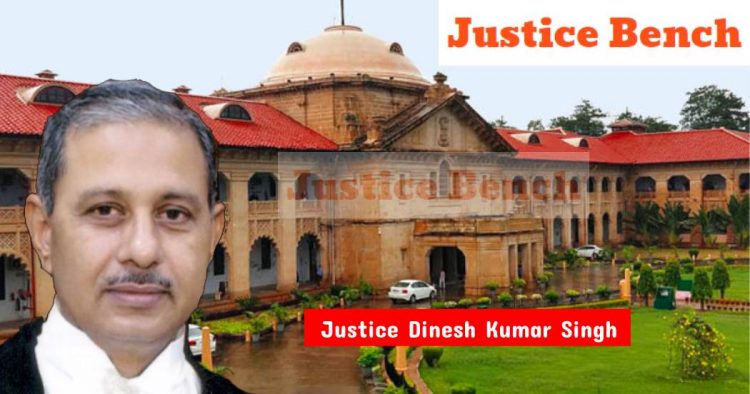 Recently, The Allahabad High Court at Lucknow rejected the bail plea of an accused of a gruesome murder, noting that the accused is not cooperating with the trial.

The Bench headed by Justice Dinesh Kumar Singh, while rejecting the bail application made the following observations:

The counsel for the accused applicant,  Sri Anupam Mehrotra submitted that, even after a lapse of more than two years since 10.10.2019, charges have not been framed and the trial has not commenced, There is no likelihood of the trial commencing in near future, and as such the accused applicant can not be kept under trial for an indefinite period. The FIR is not a true account of the incident inasmuch as there is no mention in the inquest report that the deceased was assaulted or that the deceased died at Garhi Khas, Raebareli, whereas in the FIR it was stated that the deceased was killed and his dead body was thrown at the godown near Garhi Khas, Statement of witnesses under Section 161 CrPC is self-contradictory to the one recorded earlier.

Further, The accused applicant’s counsel submitted that Because of the intervention of political and executive authorities of the State, the accused applicant has been implicated falsely without there being any evidence in support thereof and he has been languishing in jail for more than two years and, therefore, he is entitled to be enlarged on bail.

Besides, Sri Ashwani Kumar Singh, AGA, and Sri Vikas Vikram Singh, the counsel for the complainant opposed the bail application and submitted that, During the course of the investigation, the eyewitnesses, have specifically stated that the present accused-applicant, along with other persons assaulted the deceased, but anyhow he could escape from there and ran away on his motorcycle and went towards Tripura Crossing.

There is sufficient evidence available against the accused applicant and other co-accused to show that the Accused-applicant is the main architect of the crime.

There is sufficient evidence available in the form of CCTV footage and eyewitnesses, and no interference has been made either by the political or by the executive authorities of the State in the free and fair investigation.

Upon hearing the arguments, the court observed that, considering the gravity of offence, the manner in which it has been committed, and the evidence available on record, found that the accused-applicant is not entitled to be enlarged on bail at this stage.

The accused-applicant is the owner of the Somu Dhaba, where in a fracas, the deceased was beaten and when anyhow he could escape from there on his motorcycle and thereafter he came again, he was allegedly chased by the accused-applicant and other coaccused in two four wheeler vehicles and thereafter he was hit by one of the vehicle and then allegedly he was assaulted and killed in a most gruesome manner, which is evident from the post-mortem report.

The Court has rejected the Bail application.