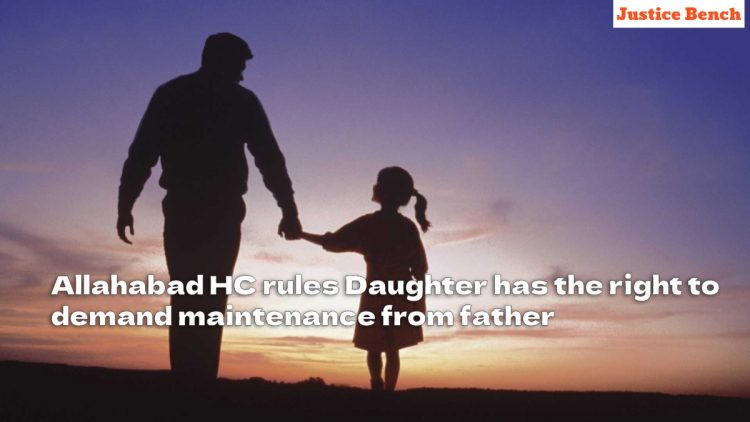 Recently, the Allahabad High Court in the case of Ankita Dixit vs. State of UP & Anr observed that regardless of whether the mother works or not, the father is legally obligated to support his kid based on his status and lifestyle.

The Court, led by Justice Brij Raj Singh, went on to say that a father’s obligation to care for his kid cannot be discharged just because the youngster does not demonstrate affection for him.

The court overturned the family court’s decision to deny the woman’s claim for maintenance from father under section 125 of the CrPC.

The Family Court denied maintenance on the ground that the mother was maintaining the daughter and she had sufficient income.

The daughter Aggrieved by that order filed an appeal and sought to maintain her 10,000 as maintenance and Rs 40,00000 towards marriage and education expenses.

On other hand, the father argued that the mother had sufficient means to maintain the daughter and he wants to bring the girl into his household.

The court, however, dismissed these arguments, stating that the Family Court’s decision that the youngster had shown no compassion toward the father was without merit.

The court also held that the daughter has the right to demand maintenance because it is the father’s responsibility to support the kid.

As a result, the court reversed the impugned ruling and ordered the family court to issue a new order on the maintenance application.

Counsel for Opposite Party