Allahabad High Court rules The convenience of the Victim, Accused and Prosecution Needs to be Considered for transferring criminal cases 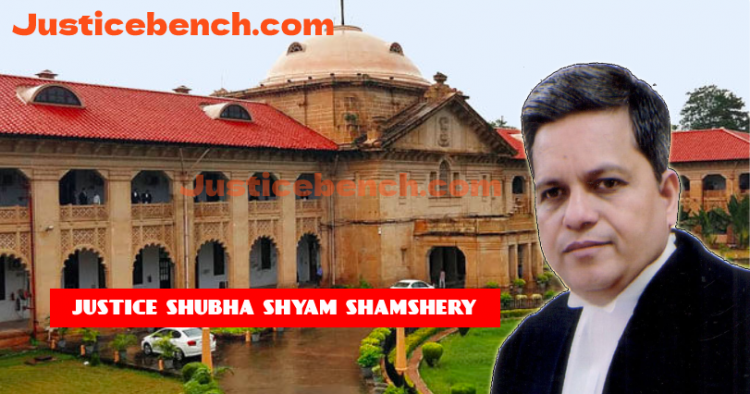 The Bench headed by Justice Saurabh Shyam Shamshery cited a recent ruling in the case of Shailendra Kumar Prajapati vs. State of U.P. and another of Allahabad High Court, [Transfer Application (Criminal) No. 285 of 2021].

Earlier the Allahabad High Court ruled in the Shailendra Kumar Prajapati case that an applicant’s mere assertion that justice is likely to be denied cannot be used to transfer a criminal case. Instead, the Court must decide whether the apprehension is reasonable and not speculative and based on conjecture and speculation.

In the present petition, the bench was dealing transfer of application from District Court Varanasi to District Court Jaunpur, filed on behalf of the wife of Opposite Party No. 2, i.e, Complainant/First Informant to transfer a criminal case registered under Sections 498A, 323, 504, 506, 354, 328 IPC and 3/4 Dowry Prohibition Act.

The council for the respondent has argued that the Respondent had already filed two cases one under the Domestic Violence Act and another under Section 125 CrPC at District Court Jaunpur and that, it would be extremely inconvenient for her being a lady to travel about 80 kilometers from Jaunpur to Varanasi on each and every adjournment.

The A.G.A. appearing for the State and the Advocate for accused Party No. 2 opposing the plea submitted that a transfer of the case was sought solely for the applicant’s convenience, but that in the event of a transfer, the likelihood of inconvenience to other parties cannot be ignored.

As a result, given the issue of convenience, the Court did not believe it is a suitable case for transfer.