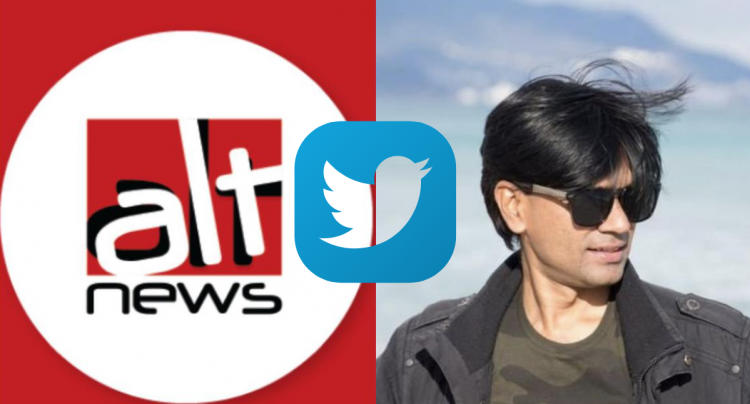 Alt Tv Channel Zubair was accused in two FIR in Delhi and Raipur for his tweet in response to an abusive user. Zubair’s tweet had a blurred image of the user’s granddaughter in it.

The Delhi Police has said Alt News co-founder Mohammed Zubair Tweets for which two First Information Reports (FIRs) were registered against him, does not constitute any cognisable offence.

The police stated, In a status report filed before the Delhi High Court

“The tweet in the question of Mohd. Zubair does not constitute any cognizable offence.”

In August 2020 the case against Zubair was booked to his posted tweet in reply to an abusive message from a user named Jagdish Singh.

Singh was alleged to have been abusing Zubair on Twitter.

Zubair posted Singh’s display picture, featuring a little girl who was his granddaughter, while blurring her face, in response to Singh.

“Hello Jagdish Singh. Does your cute grand daughter know about your part time job of abusing people on social media? I suggest you to change your profile pic.”

A month later, two FIRs were filed against him in Delhi and Raipur under the Protection of Children from Sexual Offences Act (POCSO Act) for allegedly “threatening and torturing” a minor girl on Twitter.

on May 7 2022 the report said that Ansari joined the investigation said that though he follows Zubair on Twitter, he does not know him personally. His mobile phone is being analysed for forensic evidence; the Court has been told.

With respect to Zubair, the status report said that he joined the investigation on May 13 and stated that he has over 4.6 lakh followers on Twitter. Zubair does not know most of them, including Ansari, personally, he is stated to have informed the Police.