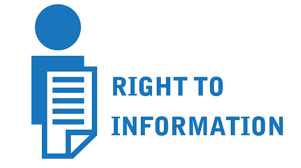 The Karnataka high court in its recent proceedings dismissed a plea by the state challenging an order of the state information commission that directed the authority to provide certified copies of applicants, the applicant had applied for the post of the assistant public prosecutor in 2013.

The Member Secretary of AGP Recruitment Committee and Director of Prosecution filed the present petition before the court questioning an order dated June 30 2016 in which the Commission had allowed the second appeal and had directed the authorities to provide certified copies of Answer Sheets of the Mains Exam under RTI ACT.

It was argued that the information sought falls within the exemption under Clause (h) of subsection 8(1)(h) and noted that the original answer scripts including Kumar’s were already seized by the Lokayukta police. In this context grant of a certified copy of answer scripts from xerox copy maintained by petitioners will in no way impede the investigation process.

Further, the court ruled that the instant petition lacks merit and dismiss it.