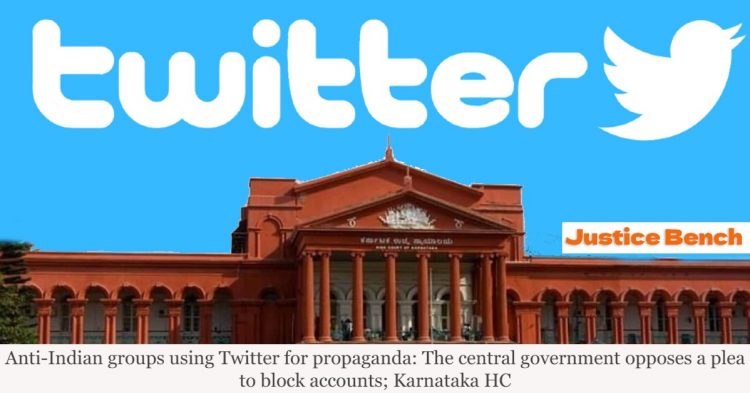 The Union Ministry of Electronics and Information Technology’s blocking orders were challenged by the microblogging site Twitter on Wednesday, and the Central government responded by denying the claim (MEITY).

According to the affidavit submitted by the Centre, the instructions to block specific Twitter accounts were given in the interest of the country and the people, as well as to stop lynchings and other acts of mob violence.

The government emphasized that it is dedicated to offering its citizens access to an open, safe, trusted, and responsible internet and that the breadth of its authority to prohibit content is constrained.

“Hence such directions issued are purely in the national and public interest to prevent any threats to the country or public order issues or violence across the country, including incidents of lynching or mob violence,”

Additionally, the affidavit claimed that social media sites like Twitter were not doing enough to stop the dissemination of deliberate misinformation or fake news.

As a result, there is an increase in false information about matters like public order, national security, and sovereignty.

It was claimed that as a result, such platforms are being abused by anti-Indian groups and foreign foes for anti-India propaganda on a national and international level to sow discord and disorder in the nation.

The administration argued that it is crucial to identify and stop such misinformation at its source. The affidavit was submitted in response to Twitter’s petition challenging ten blocking orders that the government issued between February 2021 and February 2022 instructing the microblogging site to suspend various accounts and prevent access to specific information.

Twitter said that account-level blocking is an excessive step that infringes on users’ constitutional rights in its petition to the High Court. On July 26, 2022, the High Court requested the Central Government’s response to the plea.

According to the affidavit submitted by the Central government, Twitter ignored the government’s blocking instructions on a regular basis for years before responding to reminders and show-cause orders.

It was said that the petitioner had adopted a strategic plan to initially postpone compliance, comply promptly after receiving a show-cause notice, and then immediately file a petition for judicial protection.

According to the affidavit, the majority of the offensive material has the potential to threaten public order or impact national security, including anti-Indian, seditious, and religious material.

Therefore, alerting people via alerts would just make things worse because they would either try to remain anonymous or share more stuff.

Twitter itself infringes on the right to free speech and expression

According to the affidavit, Twitter suspends material globally for breaking its own rules without giving users a heads-up or a chance to make amends, infringing on their right to free speech and expression.

“The petitioner, unlike other social media platforms, has a high potential to create and spread disinformation due to its limited character policy,”

Additionally, it was argued that while fair criticism is permitted in a democracy, suggestive remarks sometimes take the shape of tweets and other information on Twitter and are related to sensitive topics as well as the courts.

According to Indian law, Twitter is neither a natural person or even an artificial person, hence it is inappropriate for Twitter to assert rights under Articles 19, 14, or 21. This raises another pertinent issue with the government’s assertion that the plea is not maintainable.

The affidavit claimed that the petition was just a “chance or luxury litigation” in which the Court’s authority was secretly used to accomplish a goal when it was unable to do so directly.

The next hearing in the matter is scheduled for September 8, 2022.