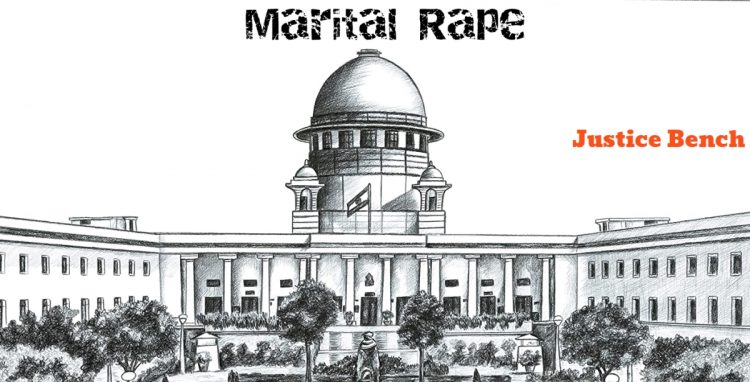 Exception 2 to Section 375 effectively provides that charges of rape cannot be attracted against a man who has non-consensual sex with his wife.

The Delhi High Court in the marital rape case on the validity of Exception 2 to Section 375 of the Indian Penal Code (IPC) has been challenged before the Supreme Court against the split verdict of  [Khushboo Saifi vs Union of India]. An appeal has been file in the apex court.

Exception 2 to Section 375 effectively provides that charges of rape cannot be attracted against a man who has non-consensual sex with his wife.

The same had been challenged before the High Court.

The Division Bench of the Delhi High Court headed by Justices Rajiv Shakdher and C Hari Shankar delivered a split verdict in the case on May 11 in which Justice Shakdher struck down the provision as unconstitutional, and Justice Shankar upheld the same.

“The impugned provisions in so far as they concern a husband having intercourse with his wife without consent are violative of article 14 and are, therefore, struck down,”.

Justice Shakdher had held that,

“I do not agree. There is no support to show that impugned exception violates Articles 14, 19 or 21. There is an intelligible differentia. I am of the view that the challenge cannot sustain,”.

On other Hand Justice Shankar had ruled that

Updates will be provided shortly…..