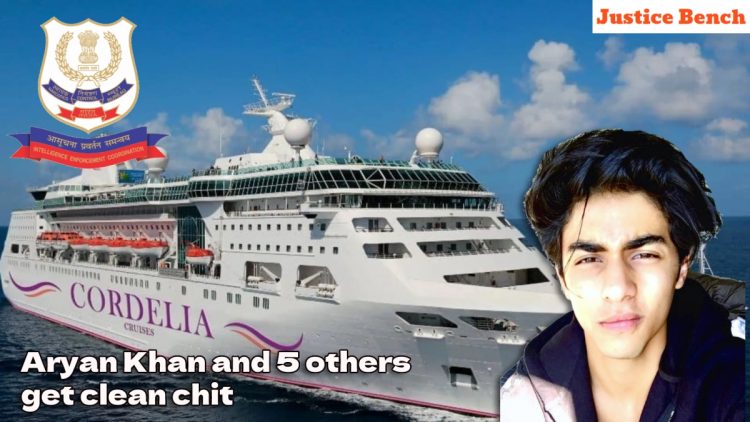 Under the Narcotic Drugs and Psychotropic Substances (NDPS) Act, the NCB filed a chargesheet in the case today before a Special Judge.

Due to a lack of evidence against Aryan Khan, who is son of Bollywood celebrity Shah Rukh Khan, and five other accused in the cruise ship drug case, the Narcotics Control Bureau (NCB) has given them a clean chit.

Under the Narcotic Drugs and Psychotropic Substances (NDPS) Act, the NCB filed a chargesheet in the case today before a Special Judge.

The NCB’s special investigative team (SIT) implicated 14 of the 20 accused in the chargesheet, while six others, including Khan, were not prosecuted owing to a lack of evidence.

The Narcotics Control Bureau (NCB) took Khan in t o custody on October 2, 2021, after raiding a cruise ship en route to Goa from Mumbai. Khan was apprehended on his way to the cruise from the terminal.

NCB claims to have seized 13 grammes of cocaine, 5 grams of mephedrone MD, 21 grams of charas, and 22 MDMA ecstasy pills.

His bail application was denied by Additional Chief Metropolitan Magistrate RM Nerlikar, who said it was not maintainable because the bail request could only be heard by the special court of sessions.

Following that, Khan applied to the special court for bail, which was denied on October 20.

He subsequently filed an appeal with the High Court, which granted him bail on October 28, 2021.

The majority of the defendants were then released on bond.