As a condition of his release on bail, the Madras High Court requires the man charged with drunken driving to distribute safety pamphlets. 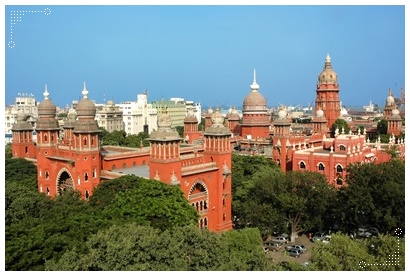 In order to be granted bail in a case involving drunk driving, the Madras High Court bench of Justice AD Jagadish Chandira recently ordered a man to hand out brochures “against drunk driving” every day for the following two weeks.

While granted bail, the court ordered the petitioner to appear before the police and distribute posters.

The petitioner shall report before the respondent Police, every day at 9.00 am and 5.00 pm and he shall distribute the pamphlets against “Drunken Driving” at the LB Road Junction, Chennai everyday from 9.00 a.m. to 10.00 a.m. and 5.00 p.m. to 7.00 p.m., for a period of two weeks and thereafter, report before the respondent Police as and when required,”

On August 23, 2022, the city police detained Deepan on suspicion of driving under the influence and three counts of inflicting injuries.

The petitioner’s advocate claimed that because the victims had been released from the hospital and he had been in detention since August 23, he should be given bail because he has a family to support.

On the other hand, the respondent’s attorney disagreed with Deepan’s plea and contended that he had been driving while intoxicated the night of the event.

He further claimed that the petitioner had hurt three people before fleeing the area. The bench was inclined to issue bail with a few conditions after considering the arguments.

The court ordered Deepan to provide a Rs.25,000 bond and to appear at the neighbourhood police station.

Additionally, Justice Chandira ordered Deepan to pass out brochures warning people against drinking and driving for an hour each day for the following two weeks.

While advocate CE Pratap represented the respondent, advocate D Arun appeared on behalf of the petitioner.