Assam Repealing Act, which turned state-funded madrassas into government schools, is being challenged in the Supreme Court – know more 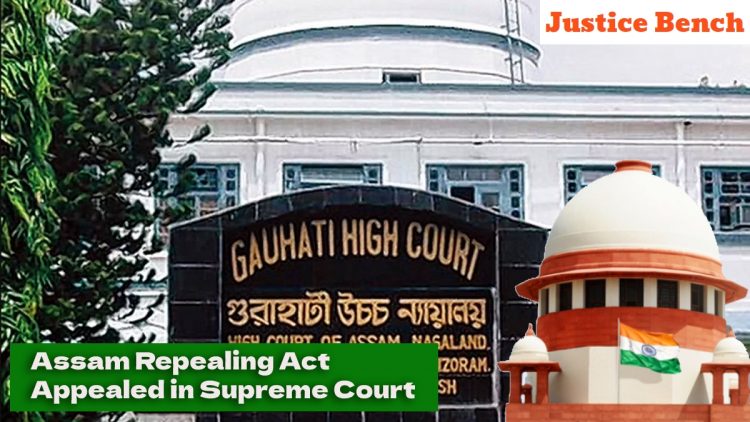 The Supreme Court has heard an appeal against a Gauhati High Court order upholding the Assam Repealing Act of 2020, which converted existing provincialised madrassas in Assam into normal government schools.

The appeal was filed in response to a ruling by the Gauhati High Court upholding the Assam Repealing Act of 2020.

Md. Imad Uddin Barbhuiya filed the appeal, claiming that the High Court erred in concluding that madrassas, as government schools entirely maintained by the state through provincialization, are covered by Article 28(1) of the Constitution and hence cannot give religious instruction.

“The repealing Act of 2020 takes away property coupled with statutory recognition of Madrassa education and the impugned order dated February 12, 2021 issued by the Governor disbands the ‘Assam State Madrasa Board’ created in 1954. It amounts to an arbitrary exercise of both legislative and executive powers and amounts to a denial of the Petitioner Madrassas’ ability to continue as madrassas providing religious instruction coupled with religious education,”

The petitioners argued before the High Court that the Act’s conversion of minority institutions to government institutions infringed on their constitutional rights under Articles 14, 21, 25, 26, 29, and 30.

However, on February 4, the High Court ruled that the petitioners’ allegation that government-funded madrassas are minority institutions established and governed by the minority population is unfounded.

The Gauthi High Court Has Observed

State madrassas cannot be claimed to be formed or administered by minority institutions because the entire teaching and non-teaching staff of these educational institutions are government employees, according to the Court.

According to the Supreme Court’s decision, the Assam Madrassa Education (Provincialization) Act, 1995, which was repealed by the 2020 Act, is only limited to the State’s commitment to pay salaries and provide benefits to teaching and non-teaching staff employed in madrassas, as well as the administration, management, and control of these madrassas.

The repealing Act, on the other hand, will take away the madrassas’ property and limit their ability to impart religious instruction, according to the submission.

“Such an encroachment into the proprietary rights of the Petitioner Madrassas without payment of adequate compensation is a direct infraction of Article 30(1A) of the Constitution of India,”

It was further argued that if the High Court verdict went into effect, the petitioner-madrassas would lose their status as madrassas and would be unable to accept students to the former courses for the current academic year.