Bail Refused to Lawyer For Sending Derogatory Messages About Shivaji in WhatsApp Group, Accused of Sedition 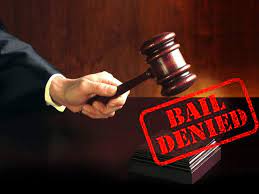 Sedition case registered against Advocate named Sohil Mor before The District and Sessions Court of Rajkot and his bail application is rejected Additional Sessions, Judge KD Dave. Mor is currently in judicial custody.

Samir Khira, an additional public prosecutor, contended that the accused was an advocate and thus knew the law but chose to break it. Sohil Mor is accused of charges with a serious offense under Section 124A of the Indian Penal Code (IPC), as well as promoting an entity between two groups under Section 153(A) of the IPC, and the police the investigation thus far has established that there is a prima facie case against him, contented by Khira.

The investigation is still ongoing. Furthermore, the accused does not deserve to be granted bail at this stage. University Police in Rajkot received a complaint against Mor on February 20 from one Jyotiba Sodha alleging that the 44-year-old advocate made derogatory remarks about Maratha ruler Shivaji in a WhatsApp group of residents of Syama Prasad Mukherjee Township on February 19.

“We brought to the court’s attention that Mor was an advocate and a notary who had full knowledge of the law but had willingly broken the law and, prima facie, had committed a serious offense like sedition and thus does not deserve bail,” Khira said.