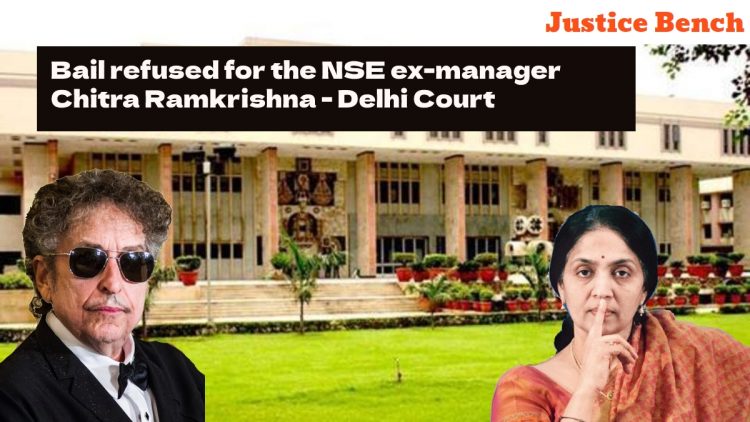 It’s Alright Ma I’m Only Bleeding”, means that money not only has influence, but it has great influence, even a perverse influence on people,

According to Additional Sessions Judge Sanjeev Aggarwal, meant “money not only has influence, but it has great influence, even a perverse influence on people.”

The mentions of the 1964 song featuring these lines in the 42-page order had on July 12 also rejected the bail of former NSE employee Anand Subramanian who was accused of criminal conspiracy with other co-accuses for allegedly causing a huge advantage to various trading members/brokers.

A private Hub and Bob Dylan

“It appears that accused A-1 prima facie seems to have been running the affairs of NSE akin to that of a private club; singer writer, Nobel Laureate Bob Dylan once said ‘money doesn’t talk, it swears’, which is a song of, 1964 song album “It’s Alright Ma I’m Only Bleeding”, means that money not only has influence, but it has great influence, even a perverse influence on people (sic),”.

Further, The court observed that the “present scam” in its view in relation to foreign institutional investors (FIIs) could impact the investment scenario in the country.

FIIs are always looking for a fair, transparent, and clean stock exchange to trade with.

The present scam has been stated to have shaken the financial consciousness of investors, whether retail, institutional or otherwise and the situation required mending in order to restore the confidence of the public at large and the financial world including the FIIs, who was waiting with “bated breath” for the NSE to redeem itself and fly to India in “droves” for investment.

The Court in it’s order, highlighted that,

“With regard to affairs of NSE at the relevant time, it would not be out of place to observe herein that there comes a time in a lifetime of an institution, where it finds itself at crossroads, then it should take a path which is a right path to restore its glory, rather than burying the skeletons, which may later turn into Frankenstein monsters.”

Accused Ramkrishna, the former NSE managing director (MD), is accused of financial misdeeds relating to fixation and frequent revision of Subramanian’s compensation in a disproportionate manner, in cahoots with someone whom she claimed to be a “Siddha Purusha”.

The Central Bureau of Investigation (CBI) alleged that Ramkrishna being the MD had the bandwidth to determine the salary of any consultant and such emoluments were within such bandwidth on the basis the experience Subramanian brought to the table.

She was in touch through e-mails with a Himalayan Yogi who the CBI later claimed to be none other than Subramanian, are the other allegation against Ramkrishna.

These were contested arguing that the CBI’s case pertained to negligence in the administration of NSE which in the best-case scenario was a civil wrong and not a criminal offence. Her counsel further submitted that no specific role was attributed to her by the investigating agency.

Though Chitra was stated to have no connection with these allegations, The CBI agency’s bone of contention was that based on the data illegally provided by NSE officials a software “Chanakya” developed by a co-accused Ajay Shah was sold to selected brokers who, in turn, benefited by exploiting the “tick-by-tick” server architecture with the software.

It was argued that Subramanian left NSE in 2016, and, therefore, there was no question of influencing witnesses or tampering with the evidence.

“Merely because be was the CEO between 2013-2016 is baseless to falsely implicate him in the present case,” submitted his counsel.