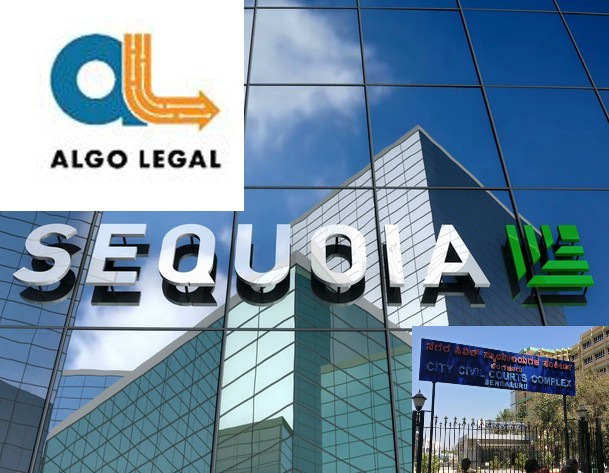 After submissions were made before it on Tuesday, a Bengaluru City Civil court bench headed by Judge MH Annayyaanavar heard arguments from Senior Advocates in the defamation suit filed by Algo Legal and its founder Sandeep Kapoor against Sequoia, Twitter, and numerous media outlets and reserved orders.

Senior Advocate Sajan Poovayya, appearing for Sequoia, insisted on being permitted to argue before an interim order was issued, stating that he was entitled to file his arguments both in the interim motion and in the plaint, as well as defending the act of calling out the lawyer (Kapoor).

“If there is one lawyer who is a crook, then it is in the interest of the bar that it is called out. In such an event there is no question of injunction,”

“These funds come here and now making allegations. Is it their argument they will go ahead with defamatory statements…Reputation cannot be sullied. Innuendo is evident.”

“I am not here to usurp land. I do my business here as per Indian laws, pay my taxes here. And the plaintiff was my employee for ten years whose kitchen fire burned because of me.”

Twitter’s lawyer, Manu Kulkarni, argued that an intermediary cannot be held accountable for third-party posts placed on its platform.

“I am an intermediary. Can injunction be granted against me? There is a specific provision on this. Section 79 of IT which exempts me from third party information or communication,”

Even though the media companies’ counsel requested a hearing before an interim order was issued against them, Holla remarked,

“I don’t want dissemination of defamatory content. Let them hold their hands.”

HT Media Limited (owner of Hindustan Times and other publications), Bennett Coleman (owner of Times of India, Economic Times, and others), the proprietors of News18, journalists from these publications, and Twitter are among the defendants in the complaint.

Sequoia Capital had severed connections with Algo Legal, according to the media companies and other responses, after Kapoor allegedly threatened several of its portfolio companies.

Kapoor, who was previously General Counsel at Sequoia Capital, created Algo Legal, a law practise. According to his LinkedIn profile, he worked at Sequoia for nearly nine years before founding Algo Legal in 2019.

Sequoia alerted its portfolio businesses via email that “concerning incidences” involving Algo Legal had been discovered following a recent investigation.

Kapoor allegedly threatened some Sequoia portfolio companies with criminal charges under the Foreign Exchange Management Act (FEMA), as well as investigations by the Income Tax Department, the Enforcement Directorate (ED), and other government agencies.

Kapoor was also accused of using his previous position as Director Legal at Sequoia to compel these portfolio firms to use his firm (Algo Legal) or linked entities for all legal services.