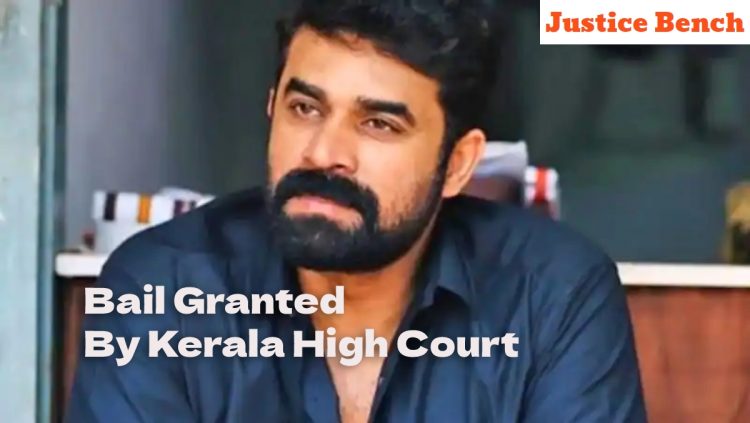 The complaint against Vijay Babu was filed after a debutante-actress came up with #MeToo allegations that he sexually exploited her while considering her for performing opportunities.

Babu, who has been in Dubai since the case was filed against him, was willing to return to India and surrender, but he expected to be arrested as soon as he arrived at the airport, according to Justice Bechu Kurian Thomas.

As a result, in the best interests of the investigation, the survivor, and the petitioner’s rights, the Court granted interim bail.

Babu has been ordered to help with the investigation until Friday, June 2nd, when the case will be heard again.

During the hearing today, Justice Thomas agreed with Justice Gopinath P, who had previously heard the case, that it would be best to grant him interim protection so that he may return to India.

The prosecution, backed by Senior Advocate Gracious Kurakose, continued to oppose it, alleging that Babu has been absconding and hence is not entitled to any interim or permanent relief from the Court.

The judge shared his personal experiences as a lawyer dealing with cases of accused individuals fleeing the country and seeking refuge in foreign nations.

“If I refuse to grant him interim bail now, he will remain abroad and elusive. That is why I’m asking why you haven’t been able to arrest him so far. I’m speaking from experience. Once I sought an arrest but the Court granted the accused police protection. This was the wisdom of the Court. Because of the police protection, he came down to Kerala and we were able to nab him. How many people have been elusive in our country? Several agencies have been trying, but have they been successful? This is what I’m trying to avoid here,“

The judge went on to say that if the prosecution is acting not just as a mouthpiece for the cops, but also as a champion for the survivor actress, interim bail could be granted.

“Has this turned into an ego clash? Are you doing this for the media? That is the impression I am gathering from your opposition to grant of even interim bail for 2 or 3 days. If you were really working for the interest of the victim, you would want him to come down. That is what any proper investigation team would want,“

The court was reviewing Babu’s anticipatory bail motion, which said that the accusation against him was nothing more than an attempt to blackmail him, filed through Advocate S Rajeev.

He further claimed that the police are being influenced by the case’s heavy media scrutiny and conjecture.

Babu applied for anticipatory bail under Section 438 of the Code of Criminal Procedure, claiming that the evidence will prove that there was no non-consensual relationship.

During the live-streaming, he revealed the survivor’s name, which was significant.

The Indian Penal Code’s Section 228A (disclosure of the identify of the victim in certain cases) was then used to file a separate case against him.

Babu eventually took the video down from Facebook after receiving a lot of anger and criticism.