Bill Gates and Serum Institute have been issued notice by the Bombay Hc, Suite filed for compensation for a death allegedly caused by Covishield – know more 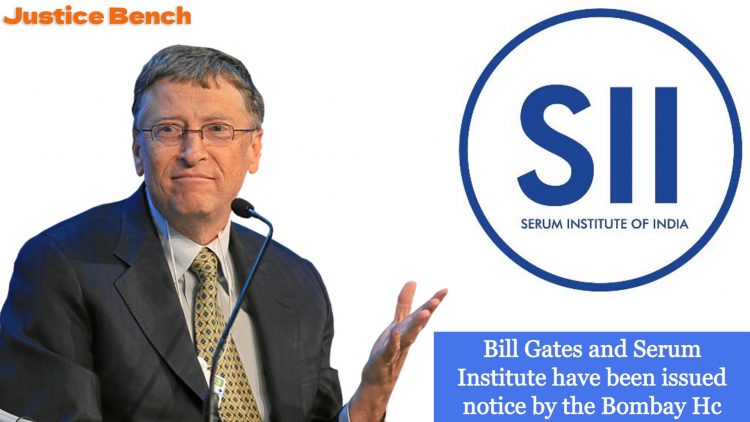 In a recent case, Dilip Lunawat sought compensation of Rs. 1,000 crore from the Serum Institute of India (SII) and Microsoft founder Bill Gates for the death of his daughter, whom he claimed perished as a result of SII’s COVID vaccination, Covishield, adverse effects.

As a partner at SII, the petitioner added Gates as a party to the litigation. The Bill Gates Foundation had provided funding to SII for its Covishield manufacturing endeavours.

Bill Gates’ counsel Smita Thakur accepted the notice on his behalf from a panel of Justices SV Gangapurwala and Madhav Jamdar on August 26.

According to the petitioner, his daughter Snehal Lunawat, a medical student, received assurances that the COVID vaccines are 100 percent safe and present no harm to the body.

Considering that she worked in healthcare, she was also required to take vaccinations in college. However, it was alleged that she passed away on March 1, 2021, as a result of the adverse reactions to those vaccinations.

Relevantly, Lunawat claimed that on October 2, 2021, the Adverse Events Following Immunization (AEFI) committee of the Central government acknowledged that his daughter’s death was a result of Covishield side effects.

In his argument, Lunawat claimed that the Drug Controller General of India (DCGI) and the director of the All India Institute of Medical Science (AIIMS) provided false assurances that vaccines are safe. This claim was supported by State authorities without being verified, and as a result, several other medical professionals might be forced to receive the vaccine, according to Lunawat.

As a result, Lunawat asked the court to declare that the respondent authorities have a callous criminal mentality because they have up until now maintained that they are treating the negative effects of vaccinations. Additionally, the petition requested that State authorities be directed to pay interim compensation in the amount of Rs. 1,000 crores that they may recoup from SII Pune.

Finally, he asked the Central government for guidance on how to take proper action against social media corporations like Google, YouTube, Meta, etc. that are complicit in a plot to obstruct the release of accurate information concerning deaths brought on by vaccine side effects.

The following people or entities were named as respondents in the writ petition, which was filed through attorneys Abhishek Mishra and Deepika Jaiswal: