Bombay HC rules to prove the case Presumption u.s 29 of POCSO Act does not discharge prosecution of duty 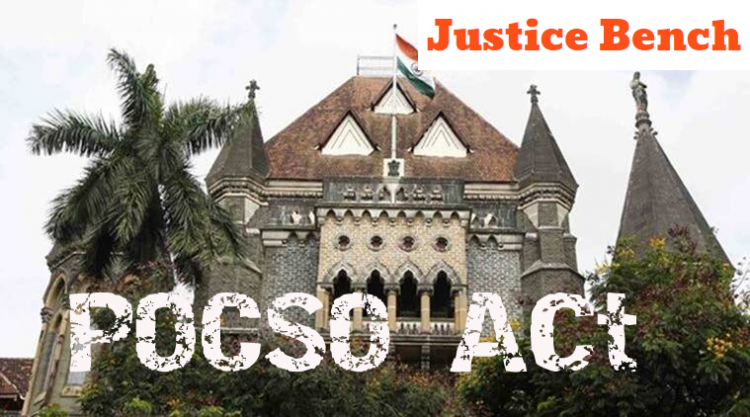 Bombay HC rules to prove the case Presumption u.s 29 of POCSO Act does not discharge prosecution of duty

he prosecution cannot be discharged of proving its case by way of such admissible evidence which would appeal to a prudent and a logical mind and hence, judicial conscience. A judgment in the court of law shall necessarily be governed by rule of evidence

Recently the Aurangabad Bench of the Bombay High Court while setting aside orders convicting two brothers in Gautam Chandrakant Khairnar v. State of Maharashtra held that the presumption under Section 29 of the Protection of Children against Sexual Offences (POCSO) Act does not discharge the prosecution from proving a case beyond a reasonable doubt.

The Court held its findings in a petition filed accusing two brothers of sexual assault and harassment of a minor.

The Court held its findings while hearing appeals filed by two brothers against their conviction by the Sessions Court at Amalner, Maharashtra. They were convicted under Sections 6 (punishment for aggravated penetrative sexual assault) of the POCSO Act and Section 506 (criminal intimidation) of the Indian Penal Code (IPC).

“…the prosecution cannot be discharged of proving its case by way of such admissible evidence which would appeal to a prudent and a logical mind and hence, judicial conscience. A judgment in the court of law shall necessarily be governed by rule of evidence.”

“It is not sufficient to make an allegation, but it is incumbent upon the prosecution to establish the charge indicted upon the accused beyond reasonable doubt. …The accusation levelled by the prosecutrix do not appeal to a prudent mind and hence, do not inspire the confidence of the court.” the 30-page judgment stated.

According to the complaint dated May 12, 2014, the survivor stated that she had no parents and had only three siblings. She alleged that when she was in Class 7, she was sexually assaulted by the husband of her maternal cousin and molested by his brother (both appellants) when she was staying with the cousin. Further The husband also allegedly threatened her to not disclose the same to anyone.

Based on her complaint of her, an FIR was registered against the two brothers who were arrested on the same day and charge-sheeted.

On the Other hand, the appellants had sought to quash the conviction. They contended that the prosecution evidence did not inspire confidence and that the silence on the survivor’s part for two years spoke volumes.

The Court stated that delay in lodging the FIR may not be adverse to the prosecution, because, it is not very easy for a girl to approach the police station and lodge a report in rape cases.

The judgment stated that

“The victim has to necessarily give a thought to social repercussions of lodging of FIR in a rape case as well as the effect on the reputation and social status of the family. It becomes all the more difficult when the accused and the victim are relatives. A victim cannot therefore be blamed for lodging of the FIR at a belated stage. Hence, in the present case, delay in lodging FIR by itself does not strike the prosecution case,”.

Further, the Court also observed that there were several infirmities in the investigation.

“The investigating officer had not recorded statement of any of the doctors, had not investigated the medicinal pills that was administered to the victim nor the sonographic test on record. From the materials on record and the evidence adduced by the prosecution and the submissions made by the Counsel on both sides, this court is of the considered view that there are lacunas in the investigation which go to the root of the matter, due to which the court cannot simplicitor avert to section 29 of the POCSO Act,”.

The Court concluded, holding that the charges leveled against the appellants were not proved beyond a reasonable doubt.

“As a Constitutional Court, it is incumbent upon us to look for admissible evidence in accordance with law and the same is missing in the present case.”