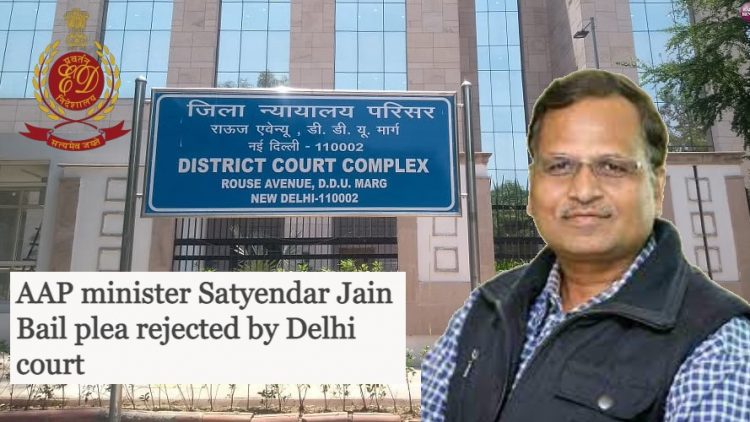 Jain, who had been sentenced to 14 days of judicial remand, had cited his bad health, including sleep apnea, as a reason for seeking release through his lawyers N Hariharan and Bhavook Chauhan.

His lawyer pointed out that because the evidence had already been obtained, there was no way to tamper with it.
It was claimed that the investigative agency had already calculated the disproportionate assets as well as established the alleged money trail in the case.

It was also claimed that Jain had appeared and recorded his remarks in front of the investigative agency seven times and had cooperated with the agency on “every scope.”

The case fundamentally comprised changing cash into something that appeared to be legal and money laundering, according to Additional Solicitor General SV Raju, who appeared with Special Prosecutor NK Matta.

The CBI had initially filed a case under the Prevention of Corruption Act, 1988, Sections 13(2) (criminal misconduct by public servant) and 13(e) (disproportionate assets). The complaint was filed when it was discovered that Jain had purchased movable properties in the names of several people between 2015 and 2017 (the check period) that he could not account for.

According to the enforcement agency, between 2015 and 2016, when Jain was a public servant, these companies “beneficially owned and controlled by him” received accommodation entries worth Rs.4.81 crore from shell companies in exchange for cash transferred to Kolkata-based entry operators via a hawala route.