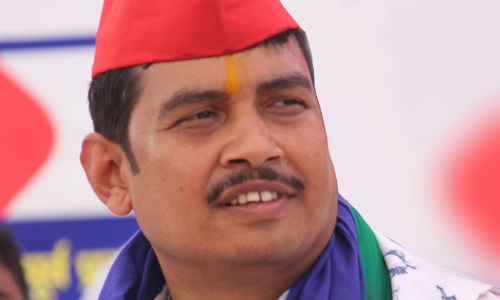 Atul Rai, a member of the Bahujan Samaj Party (BSP), was denied bail by the Lucknow Bench of Justice Dinesh Kumar Singh of the Allahabad High Court in the case of Atul Kumar Singh Alias Atul Rai v. State of UP in connection with an abetment of suicide case involving a woman who immolated herself outside the Supreme Court last year.

While rejecting the bail motion, the judge remarked that it is a wake-up call for everyone that an alarming number of criminals are making it to parliament and the State Assembly.

Charges of aiding a rape victim and her friend’s suicide, who had set themselves on fire outside the Supreme Court gates on August 16, 2017, and died as a result, were brought against Rai and his co-accused.

The 24-year-old accuser had claimed that Rai had raped her at his Varanasi residence in 2019. The Court noted that Rai had so far been involved in 23 criminal cases, some of which involved severe offences like rape, murder, and kidnapping.

In this regard, the Court observed that it was regrettable and ironic to say the least that up to 43% of Lok Sabha members elected in the 2019 general elections still had criminal proceedings pending against them.

According to Justice Singh, the role of identities like caste, community, ethnicity, gender, and religion has grown more important when providing tickets to candidates who have a chance of winning since independence.

The judge stated that the connection between crime and politics constituted a major threat to democratic values and government founded on the rule of law, and that no one could dispute that modern politics is trapped in the criminal identity, patronage, muscle, and money network.

It was noted that in the past, “Bahubalis” and other criminals would support candidates based on a variety of factors, but that this time, criminals themselves were entering politics and even winning office.

Therefore, it is the duty of the parliament to demonstrate its collective intent to prevent criminals from entering politics.

Regarding the current case, it was made clear that although the court had granted release to Rai’s co-accused, because of the differences in their cases and the totality of the circumstances, bail was denied for Rai.

For the application, attorney Kaustubh Singh made an appearance.