Can Muslim Woman Claim Maintenance After Expiry of Iddat Period? 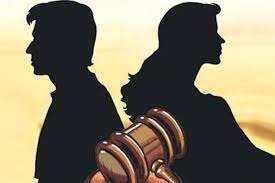 The Bench of Justice Karunesh Singh Pawar at the Allahabad High Court at Lucknow while allowing a revision plea filed against the
judgement and order passed by the Additional Sessions Judge, Pratapgar, modified the trial Court’s order.
further, it held that a divorced Muslim woman is entitled to
maintenance from her husband under Section 125 Cr.P.C. even after the period of iddat has expired,
as long as she does not remarry.

the trial Court allowed the revisionist/Muslim lady’s application under Section 125 Cr.P.C. after
ruling on five issues in her favour. Respondent no.2/Husband filed the revision
before the revisional court because he was dissatisfied with the trial court’s decision.

The revisional Court, relying on the Supreme Court’s decision in the case of
Danial Latifi and others vs. Union of India reported in AIR 2001 SC 3958, allowed the revision only on the grounds that because the revisionist no.1 had been divorced by respondent no.2, both are governed by The Muslim Women (Protection of Rights on Divorce) Act 1986 and thus, they shall be governed by this Act.

The revisional Court ruled that because the wife had accepted divorce, she would be bound by the provisions of the Muslim Women (Protection of Rights on Divorce) Act, and her petition under Section 125 of the CrPC would be dismissed.

Analysis and Decision of High Court

The Court stated at the outset that the provision under Section 125 Cr.P.C. is a beneficial piece of legislation and that the benefit must accrue to divorced Muslim women.

Furthermore, relying on the Shabana Bano case , the Court concluded that a divorced Muslim woman may seek maintenance from her husband under Section 125 of the Cr.P.C. even after the period of iddat has expired, as long as she does not remarry.

However, the trial court’s order was modified to the extent that the revisionist shall be paid maintenance by respondent no.2 from the date of filing of the application under Section 125 Cr.PC.