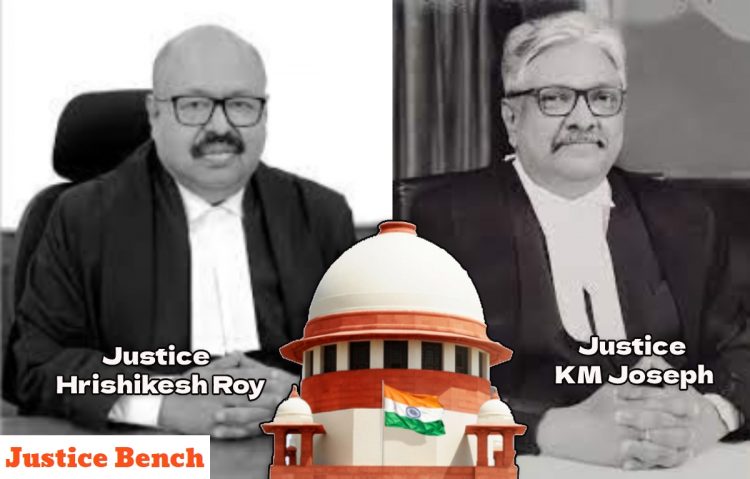 The Supreme Court in the case of Employees State Insurance Corporation and Another v. Dr Vinay Kumar and Others held that even inclusion in the select list does not guarantee that a candidate has such a right.

The Supreme Court has ruled that in the case of direct recruitment, a candidate who has applied has no legal standing to demand that the recruitment process be completed to its logical end.

The Division Bench comprising Justices KM Joseph and Hrishiskesh Roy observed that even inclusion in the select list does not guarantee that a candidate has such a right.

The cardinal principle we must bear in mind is that this is a case of direct recruitment. A candidate who has applied does not have a legal right to insist that the recruitment process set in motion be carried to its logical end. Even inclusion of a candidate in the select list may not clothe the candidate with such a right,”

However, the Court emphasised that this does not give the employer the right to behave arbitrarily.

A candidate who has applied does not have a legal right to insist that the recruitment process set in motion be carried to its logical end.

The Court was hearing a case in which advertising was published on March 1, 2018, inviting online applications for a variety of positions, including Associate Professor, at the appellant colleges. corporation’s

Later, on March 21, 2018, a notice was sent to halt the recruitment process for Associate Professor and Professor positions due to administrative issues.

Dr. Vinay Kumar (respondent) applied for the position of Associate Professor in Dentistry at the ESIC Medical College under the Scheduled Caste category. On March 31, 2018, he submitted his application.

Because the appellant did not complete the process, he petitioned before the Central Administrative Tribunal (CAT) for directives to fill the Associate Professor position as advertised. The plea was accepted by the CAT.

Furious, the appellants filed a challenge to the CAT’s order in the Karnataka High Court, which was dismissed. The appellants were given 45 days to end the procedure positively, according to the High Court.

The appellants then preferred to file this appeal with the Supreme Court.

It was also pointed out that, due to recent events, there may not be a genuine need to fill the Associate Professor position, and the respondent may not have a legal right to have the position filled.

The respondent, on the other hand, claimed that the appellants’ primary argument was that direct recruitment could not be used when someone was available for promotion.

However, because the fourth respondent was awarded the benefit of Dynamic Assured Career Progression, the vacancy in question, namely the post reserved for members of the Scheduled Caste group, could not be considered to be available for promotion simply because it was filled through promotion (DACP). It is merely a means of obtaining certain financial rewards, and it is not reliant on the availability of a vacancy.

After considering the competing arguments, the Court determined that the core concept of direct recruitment is that a candidate who has applied does not have a legal right to insist on the recruitment process being carried out to its logical conclusion.

As a result, the High Court’s directive to complete the recruitment process within 45 days is manifestly unsustainable.

“As the very advertisement was put on hold, it is quite likely that any candidate who may have being desirous of applying, may not have applied being discouraged by the fact that the advertisement has been put on hold. Therefore, the direction to conclude the proceedings within 45 days is unsupportable,”

The Court did emphasise, however, that the argument that there may not be a need to fill the position was not contended before the CAT or the High Court, but rather before the Supreme Court for the first time.

As a result, despite admitting the appeal, the Bench urged the appellants to make a decision within two months, taking into account all relevant factors, and if it is decided to fill the post in issue, the necessary steps must be taken within that time so that all interested persons may apply.

“We make it clear that the ground as such taken that since direct recruitment could be resorted to only if there is nobody to be promoted and the vacancy stands filled up by granting of benefits to the fourth respondent under the DACP, will not be available to the appellant. In other words, the vacancy as such would be treated is available for direct recruitment for scheduled castes. As to whether it should be filled up is of course another matter,”