by By Justuce Bench
in News
Reading Time: 2 mins read
1
0 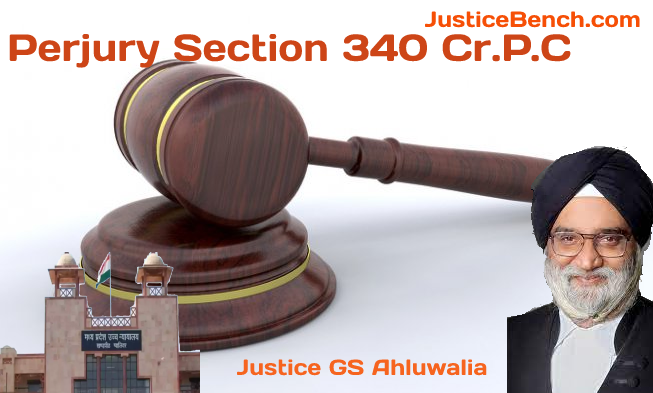 Recently, The Madhya Pradesh High Court ruled that u.s 45 of the Indian Evidence Act a false statement made in an application that did not have any impact on the outcome of such application can’t be a ground to initiate proceedings u/s 340 of CrPC.

The Bench headed by Justice GS Ahluwalia made these observations while dealing with an application u/s 482 of CrPC wherein the aggrieved applicant’s application u/s 340 CrPC was rejected by an order of a lower court and they moved the application before the high court.

In the instant case, an application u/s 45 of the Evidence Act was moved before the civil judge about a property dispute b/w the parties, and the
respondents had challenged the authenticity of a Will raising the contention that the thumb impression indicated the document was forged.

The lower court allowed the application of respondents who submitted that the testator’s thumb impression should be matched with that pension. However, later the respondents filed an application stating they mistakenly mentioned a family pension card minted of a widow pension card.

After this, the applicant filed an application u/s 340 of CrPC stating the respondent made a false statement in the affidavit and the same application was dismissed by the lower court.

However, the court remarked that to initiate proceedings u/s 340 the false affidavit should have affected the outcome of the case which did not happen in this matter.

Therefore, the application under challenge was not disturbed and the court dismissed said application.