Debates in News Channel Relating to Criminal Trial Amounts to direct Interference in the Administration of Justice: SC 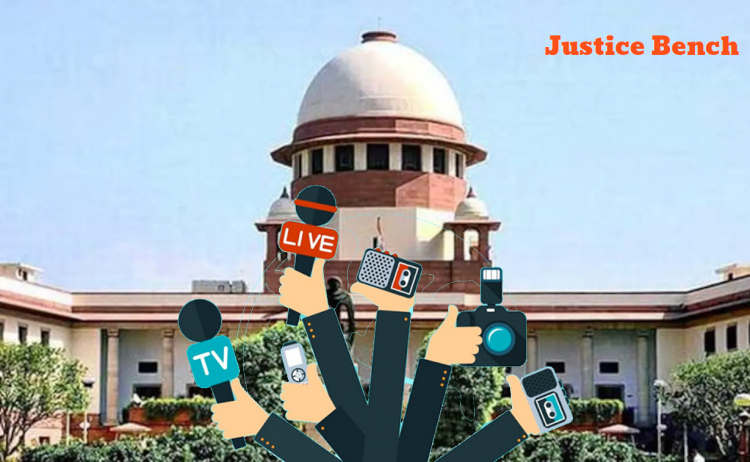 media discussion amounts to interference in to administeaction of justice

Recently, the Supreme Court held that debates and discussions on news TV channels about cases related to Criminal Courts will amount to direct interference in the Administration of Criminal Justice.

According to the Bench of Justices UU Lalit and PS Narsimha all matters related to crime and whether a particular thing that happens to be a conclusive piece of evidence should be dealt with in the court of law and not through TV channels.

The Bench made these observations when considering criminal appeals by four accused who were convicted u.s 394 of IPC.

At the outset, the Apex Court noted that a DVD that was shown in trial court made the basis of the trial court judgment which was related to a confessional statement made to a police officer.

The Court stated that the displaying of the DVD on TV channels was a dereliction of duty and direct interference in the administration of justice. and all matters relating to crime should be dealt with in criminal courts and not through News TV channels. The court further said that a public platform is not the place for such debates.

As per the court, the power of trial in criminal matters comes under the exclusive domain and functions of courts of law.

Title: Venkatesh vs the State of Karnataka