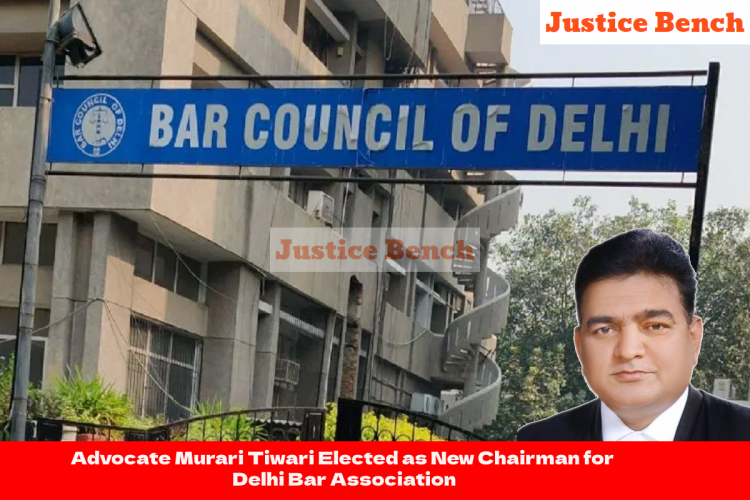 The former Honorary Secretary Murari Tiwari was unanimously elected as Delhi Bar Council as its new Chairman and will serve as Chairman until the next council election.

The Delhi Bar Association’s apex body has yet to issue an announcement on its official website.

Tiwari graduated from the Campus Law Centre (CLC) in Delhi and was admitted to the bar in 1991. He previously served two terms as Hony. Secretary of the Bar Council, in 2010 and 2012. Murari Tiwari was elected General Secretary of the CLC in 1989 as a student leader.

Tiwari in his legal career beginning ran for election to the Delhi Bar Association (Tis Hazari Court) and was elected as the bar’s Additional Secretary in 1999.

Tiwari was elected to the Delhi Bar Council for the first time in 2003, and he has served as a member for three years in a row.

According to a press release issued by Sanjay Rathi, Mr. Tiwari has been carrying out his responsibilities such as enrollment committee, disciplinary committee, indigent, and disabled lawyers committee, and so on,”.