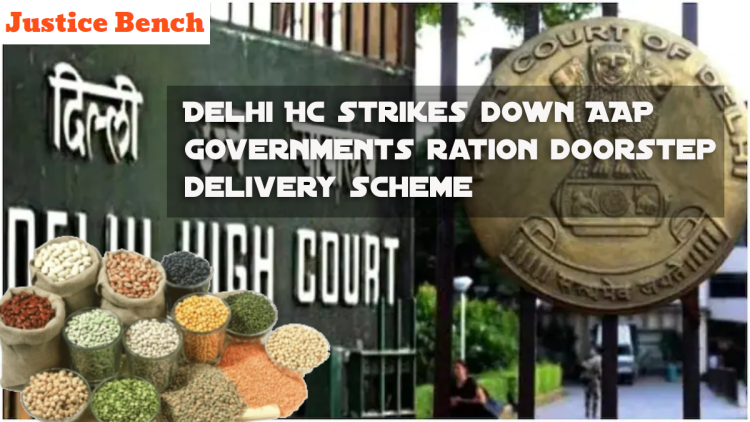 the Delhi Sarkari Ration Dealers Sangh challenged the scheme before the Delhi High Court contending that it was in violation of the Government of National Capital Territory of Delhi Act, Targeted PDS System Rules and the Constitution.

The dealers, in their petition, thus prayed for the doorstep delivery scheme to be struck down.

“Direct the Food Corporation of India to strictly ensure that the foodgrains supplied by it under the PDS to the Govt. of NCT of Delhi are as per the standards fixed under the Food, Safety and Standards Act, 2006,”.

The Central government also supported the petitioner’s argument that fair price shops are integral to the Food Security Act, and that the handheld payment machines form an integral part of these shops.

These machines, called Electronic Point-of-Sale (ePOS) devices, are synced with the Aadhaar database to ensure that the beneficiaries of schemes are the ones who receive its benefits.

On the other hand, the Delhi government defended the scheme and stated that the doorstep delivery scheme would prevent leakages in the system.

The State government further questioned the Centre that if the State is willing to deliver ration at zero cost and ninety percent of the populace wants it, why should the Centre have any issue with it.

“Huge leakage, diversion to black marketeers are the bugs here. To stop that we are having home delivery. Those who want to get from the shops still have that option,”.

The judgment is awaited.