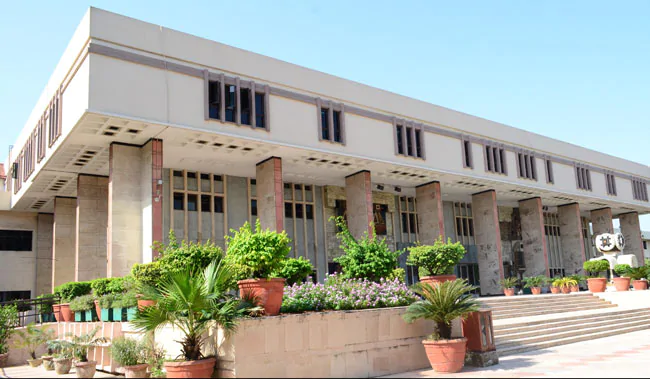 The offices of ‘Life President,’ ‘Life Member,’ and ‘CEO of the Management Committee’ in Hockey India were also scrapped by the Court.

A three-member committee of administrators (CoA) has been constituted by the Delhi High Court to administer and run Hockey India’s activities until a Management Committee is legitimately elected.

This committee will handle the concerns until a Management Committee is formed under a constitution that closely follows the Sports Code and the court’s judgements, according to a Division Bench comprising Justices Najmi Waziri and Swarana Kanta Sharma.

The offices of ‘Life President,’ ‘Life Member,’ and ‘CEO of the Management Committee’ in Hockey India were also abolished by the Court.

The Court ordered that the new constitution be adopted by the CoA within 20 weeks.

The CoA was entrusted with compiling an electoral roll/college in preparation for the elections, after which the business of Hockey India would be passed over to the democratically elected body.

The Court further ruled that positions such as “Life President,” “Life Member,” and “CEO of the Management Committee” are illegal and that all references to them in Hockey India’s Constitution/Memorandum would be erased.

The CoA and the central government were given orders to determine how much money was spent on personnel in those positions and to begin the process of recouping that money.

“In the absence of a Managing Committee, elected under a constitution strictly in consonance with the Sports Code and the court judgments, the interests of hockey, its development and the sentiments of the hockey-players, aspirants and enthusiasts should not suffer. Therefore, it would be in the public interest that its affairs be put in the hands of a Committee of Administrators (‘CoA’),”

The Court Mentioned in Order

Former Olympian Aslam Sher Khan, who represented India in the 1976 Summer Olympics and was a member of the Indian hockey squad that won the gold medal in the 1975 Hockey World Cup, petitioned for the ruling.

Khan claimed that the management of Hockey India was not following the government’s laws and procedures, as well as the National Sports Development Code of India, 2011. (Sports Code).

The Court stated that the Centre’s recommendations, the Sports Code, and the court judgments all comprise the legislation on the matter, and that any change to them, to the disadvantage of athletes or sports administration, is not permitted.

Individuals who have outlived their age or tenure as defined by the Sports Code are immediately disqualified from running for leadership positions, according to the Court.

The Court concluded that simply because a National Sports Organization’s (NSF) constitution is not in accordance with the Sports Code and the law, it will not benefit the federation or its office bearers.

The bench went on to say that people nominated to positions like “Life President” or “Life Member” had reaped the privileges of office and have had expenses incurred on them by the federation in violation of the law, and that they must be requested to repay the money.

“Expenses incurred on such supernumerary, innovative and illegal posts need to be recovered and there has to be accountability. Details of the amounts expended on such persons will be furnished by Hockey India before the CoA. The latter too shall examine the records and seek refund of monies from the current Life President and the Life Members, as may be,”

The Court ruled that if the money was not recovered, the people would be “ineligible” for any position on an NSF’s Management Committee.

It was also noted that an NSF’s profits are largely due to the Government of India’s recognition of the organisation.

“In the absence of such recognition, the Society/Association would have no legitimacy or occasion to seek or attract sponsorship for any tournament, sporting event, travel, accommodation, training and/or other administrative measures. The monies which are so generated by a NSF, are more in the nature of public trust and the same is to be utilized in the public interest i.e. promotion of the sport and representation of India in international tournaments,”

The Court also took issue with Hockey India Life President Narinder Batra’s “brazen impertinence” in having himself nominated to the position.

According to the High Court, Batra was fully aware that the position he held was unconstitutional, and his actions smacked of “brazen impertinence to the obvious mandate of law.”

“It was a less than honest but futile endeavour to institutionalize oneself in a body whose legitimacy itself is contingent upon conformity with the Sport Code and the law. What a paradox, to make oneself permanent in an entity whose tenure itself is impermanent.”

The order also said that the illegal position cannot be used as a stepping stone to any other position or profit elsewhere, either nationally (including the Indian Olympic Association) or internationally, and that if Batra has benefited in this way, his position should be terminated immediately.

The petitioner was represented by Vanshdeep Dalmia, Natasha Dalmia, and Suchakshu Jain.