Delhi High Court has asked the Centre to respond to a petition challenging the regulations on surrogacy and reproductive technology. 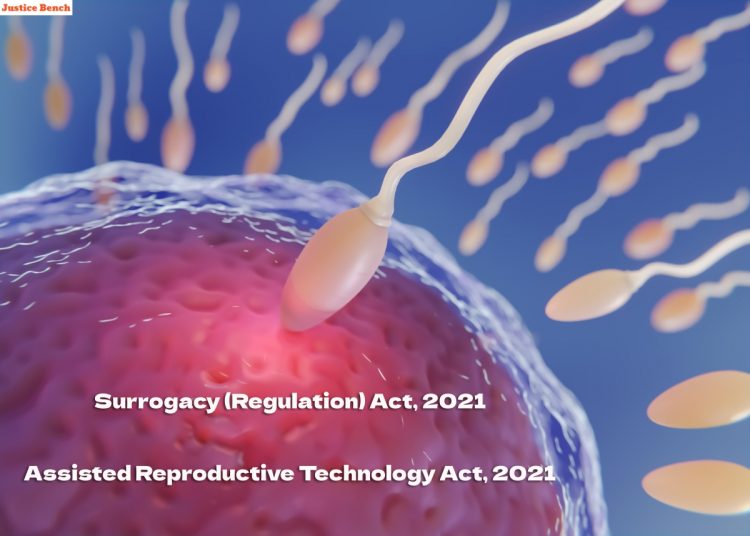 Delhi High Court has asked the Centre to respond to a petition challenging the regulations on surrogacy and reproductive technology.

A single unmarried male and a married lady filed a petition claiming that the laws are discriminatory against them and thereby violate the Constitution and international covenants.

Acting Chief Justice Vipin Sanghi and Justice Sachin Datta of a Division Bench remarked that the matter needed to be considered and urged the Central government to respond within six weeks.

On November 19, the topic will be discussed.

Chandra is a married lady who teaches Psychology in a private school, whereas Mehta is a single unmarried man who works as an advocate. Surrogacy is a way for both of them to become parents.

According to the petition, certain provisions of the two challenged legislation prohibit all types of commercial surrogacy and only allow altruistic surrogacy. As a result, the petitioners are no longer able to have children through surrogacy.

The only option accessible to Mehta and Chandra is commercial surrogacy because they are unable to secure consent from a woman who meets the rigours of surrogate mother eligibility, according to the petition.

Only a married woman between the ages of 25 and 35 who has had at least one biological kid is permitted to be a surrogate, according to Mehta and Chandra.

“The limitations imposed on who can be a surrogate mother in terms of Section 2 (zg) read with Section 4 (iii)(b)(I) of the Surrogacy (Regulation) Act, 2021, limit the options available to an ‘intending couple’ or ‘intending woman’ and diminish their chances of finding a consenting surrogate mother,”

The needless conditions of being genetically related, of a particular age, married and already having at least one child only constrict the universe of available candidates who may otherwise become healthy surrogate mothers.”

Both petitioners are therefore ineligible to get surrogacy benefits since, while Mehta is a single male, Chandra is a married woman who is prevented from receiving the benefits because she does not have any medical issues and is not a widow or divorcee between the ages of 35 and 45.

These laws, according to the plea, are extra vires of the constitution, violating Articles 14 and 21, as well as international accords..