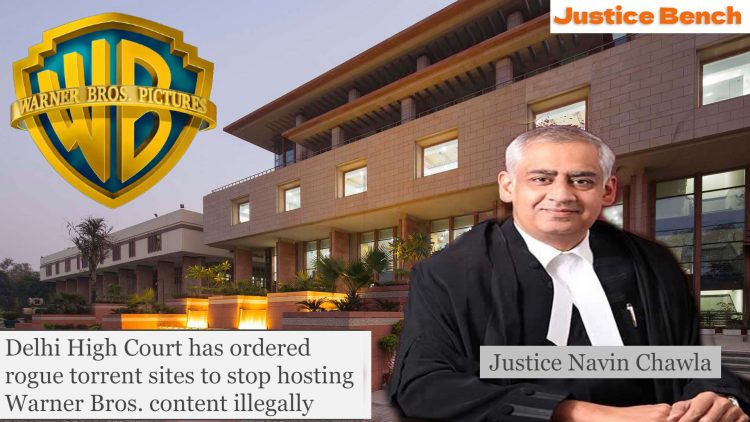 The websites in question were not represented, Justice Navin Chawla held while holding that the suit could be decided summarily as,

“The defendants have no real prospect of successfully defending the claim of copyright infringement and have further not chosen to contest the said claim…On basis of the evidence placed on record, and keeping in mind the factors identified by this Court in UTV Software (supra), I find that there is sufficient evidence to hold that the defendant no. 1 and 51 websites are “rogue websites” and that this is a fit case for passing a summary judgment invoking the provisions of Order XIIIA of CPC, as applicable to the commercial disputes.”

The Court allowed Warner Bros. to enjoin any mirror/redirect/alphanumeric websites that provide access to its content by filing appropriate applications supported by affidavits and evidence, citing its decision in UTV Software Communication Ltd. & Ors. v. 1337X.to & Ors., which established the law on dynamic injunctions.

“Any website impleaded as a result of such application will be subject to the same decree,”

Warner Bros. filed a lawsuit alleging that the defendant websites were infringing on its copyright by unlawfully streaming and hosting its content. An independent investigator was hired by the corporation to look into the scope of the rogue websites’ infringing activity, according to the company.

As a result, Warner Bros. asked the Court for the following relief:

The Court also highlighted in its order that the MEITY and internet service providers were ordered to prohibit the domain name “Otorrents.com” and its URL https://otorrents.com in 2019. It was learned that ISPs had banned access to the illegal websites as a result of a government department’s report.