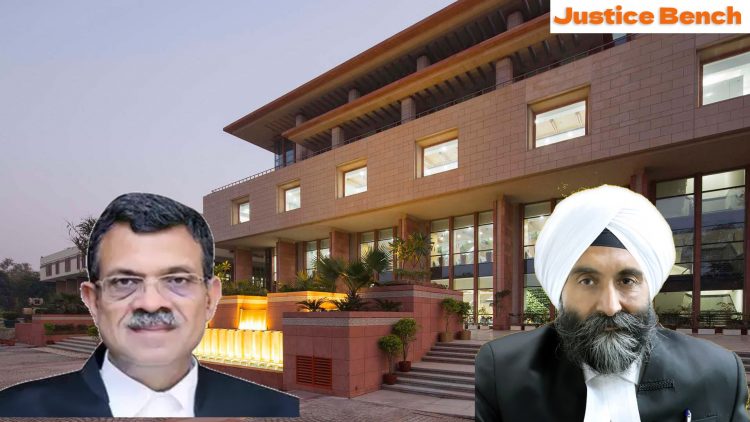 The money should be put back into society, according to the court, and utilised to help the city, which has been gasping for air.

The court found that the corporation withheld information about its blacklisting, as a result of which it was designated as an L-1 bidder for a government project.

The Court ordered that the costs money be used to build smog towers in Delhi, which has been gasping for air due to excessive pollution levels.

Acting Chief Justice Vipin Sanghi and Justice Jasmeet Singh of the Division Bench ruled that if the corporation had come clean and acknowledged its blacklisting, it would not have been able to make a profit of Rs 12.50 crore, and that the money should be invested back into society.

The bench stated that it had seen news reports suggesting that the Delhi Pollution Control Committee (DPCC) had inked an agreement with Tata and NBCC for a cost of 20 crore to erect and run a smog tower in Connaught Place, and that the money should be utilised for comparable reasons.

…we direct that the entire amount of ₹12.5 crores shall be deposited by respondent No.3 with the Registrar General of the Delhi High Court within 2 weeks from today. The Registrar General will call all the stakeholders and ensure that the smog tower is installed (maybe of a lesser capacity) at a suitable place where it will contribute towards reducing the AQI levels of Delhi. The Registrar shall take steps on a war footing to ensure the installation and operationalization of the smog tower before the advent of winter season as the situation further aggravates during winter months,”

The court stated in its judgment

The Court also expressed the expectation that the Delhi government will provide appropriate space for pollution towers and, in the event of a budgetary shortfall, will assist in the repair, maintenance, and operation of the towers.

The bench was considering a petition filed by CJDARCL Logistics Limited, which requested that a government business, RITES Ltd, dismiss the private company’s (SARR) proposals and award the tender to the petitioner as the L1 bidder.

According to reports, the RITES issued an e-tender on August 30, 2021 for the employment of a freight forwarder to transport export projects. The petitioner took part in the tender process.

However, according to the appeal, SARR intentionally concealed the information that it was prohibited for a year by the Ministry of Defence and later by the Food Corporation of India, and as a result, it is likely to be disqualified.

Despite SARR’s claim that there are status quo orders on the banning orders, the High Court dismissed the claim because it did not negate the existence of those orders.

The Court also fined RITES INR 25,000 for granting the tender to SARR while knowing that it would be disqualified under the terms and conditions.

The petitioner in the case must pay the costs imposed on RITES.

The case will now be heard on July 4, 2022, to see if the directions have been followed.

The petitioner was represented by attorneys Anil Goel and Aditya Goel.

R-1 was represented by attorneys GS Chaturvedi and Shrinkar Chaturvedi.