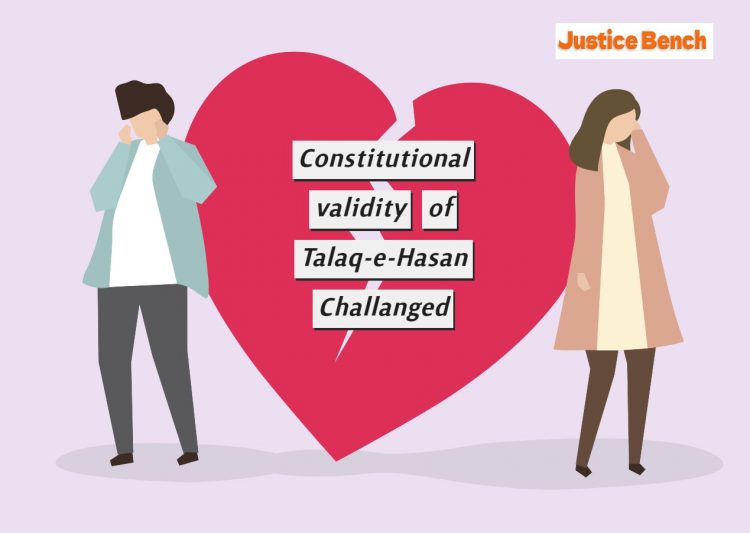 After his wife filed a plea contesting a Talaq-e-Hasan notice that was reportedly received by him, Delhi High Court vacation judge Justice Dinesh Kumar Sharma has requested statements from the Delhi Police and a Muslim man.

By August 18, when the matter will be considered by the roster bench, the court has ordered the respondents to submit their responses. A Muslim man can divorce his wife using the Talaq-e-Hasan custom by pronouncing the word “talaq” once per month for three months.

The practise of divorce by Talaq-e-Hasan is currently being contested in a petition before the Supreme Court by a woman by the name of Benazeer Heena.

A lady named Raziya Naaz filed a petition with the Delhi High Court, claiming that she wed a guy named Shaheshan Alam Khan in September 2020. She claimed that the relatives of her husband forced her mother to plan an extravagant wedding and demanded dowry. She was tortured physically and mentally as a result of her family’s refusal to comply with the unreasonable requests for cash and pricey gifts, according to the complaint, and as a result she reported domestic violence to the Delhi Commission for Women.

According to the petition, Khan afterwards decided to use the Talaq-e-Hasan route and handed her the first notice for it in an effort to get her to drop all legal charges she had filed against him and his family.

“The Petitioner being a Muslim woman is the direct victim of the ‘unilateral extra-judicial talaq’ i.e. “Talaq-E-Hasan” as she can’t exercise this against her husband being the subject of the atrocities & cruelties but the right her husband is always there to use this unilateral extra-judicial talaq, which is the clear violation of the Article 14 which guaranteed the equality before the law to any one, without any sort of discrimination on the basis of cast, creed, religion, gender etc.”

The plea describes it as an abhorrent behaviour when viewed in the context of the enlightened 21st century,

The argument also made the point that there shouldn’t be any instances of “unilateral extra-judicial talaq” given that the Supreme Court has previously ruled that triple talaq is unlawful in the Shayara Bano case.

Therefore, Talaq-E-Hasan is not only arbitrary, unlawful, unjustified, and a misuse of the law, according to Naaz, but it also violates Articles 14, 15, 21, and 25 of the Indian Constitution as well as UN Conventions.

For the Delhi Police, advocate Rachita Garg made an appearance.