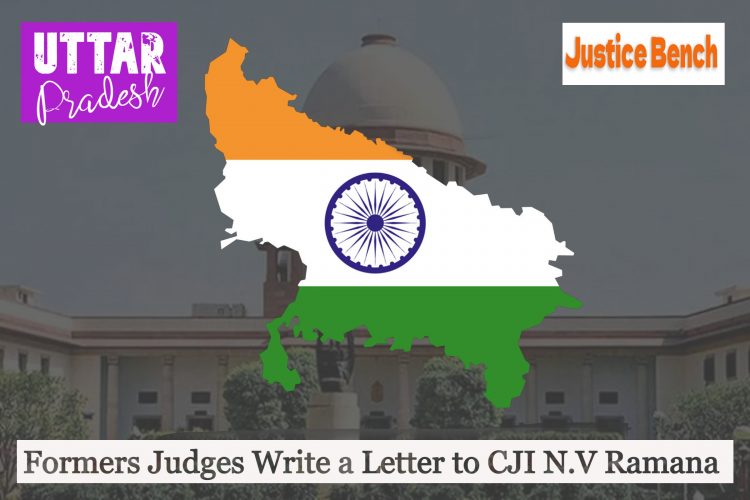 Former Supreme Court and High Court justices, as well as eminent lawyers, have written to Chief Justice of India (CJI) NV Ramana, urging the supreme court to take suo motu cognizance of the Uttar Pradesh State authorities’ demolition of protesters’ homes and arrest of many of them.

The letter emphasised how recent statements about the Prophet Mohammed made by several BJP spokespersons (now suspended from office) have sparked protests across the country, notably in Uttar Pradesh.

Instead of providing demonstrators a chance to be heard and engage in peaceful protests, the UP state administration appears to have sanctioned taking physical action against them, according to the letter. Officials have reportedly been urged by the Chief Minister to “take such punishment against those who are guilty that it sets an example so that no one commits a crime or takes justice into their own hands in the future.”

According to the letter, the Chief Minister’s comments have spurred police to mercilessly and criminally torture demonstrators.

According to the letter, the UP police have arrested over 300 people and filed FIRs against protesting residents as a result of this. On social media, videos of young men in police custody being beaten with lathis, protestors’ homes being razed without warning or cause, and protestors from the minority Muslim community being hunted and abused by the police are circulating, disturbing the nation’s conscience.

It was also claimed that such a harsh crackdown by a ruling government is an intolerable subversion of the rule of law and a violation of citizens’ rights, as well as a parody of the Constitution and the State’s fundamental rights.

According to the letter, the coordinated actions of the police and development authorities led to the clear conclusion that demolitions are a kind of collective extrajudicial punishment resulting from an unconstitutional state policy.

The judiciary’s mettle is put to the test in such situations, and it has previously risen to the occasion, according to the letter, citing how it took suo motu action in the migrant labourers case and also issued instructions in the Pegasus case.

The letter strongly suggested. We therefore urge the Hon’ble Supreme Court to take immediate suo motu action to arrest the deteriorating law and order situation in Uttar Pradesh, specifically involving the high-handedness of the police and state authorities, and the brutal clampdown on citizens’ fundamental rights, in the same spirit and in its role as custodian of the Constitution.

We hope and believe that the Supreme Court will rise to the occasion and not fail the public or the Constitution at this important point, the statement continued.

The following people have signed the letter: