In a case involving Lashkar-e-Taiba, a Delhi court has granted bail to a former NIA officer – know more 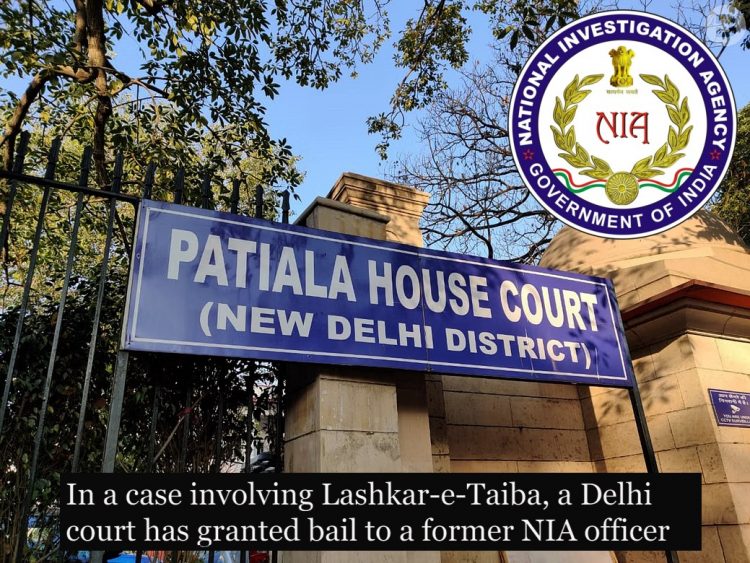 In a case involving Lashkar-e-Taiba, a Delhi court has granted bail to a former NIA officer - know more

The Delhi Patiala House Court Special NIA judge Parveen Singh in the case of NIA v. Arvind Negi has granted bail to Superintendent of Police (SP) Arvind Negi on a personal bail bond of Rs. 1 lakh after the court determined that the evidence gathered by the agency in the case was documentary in nature.

The former National Investigation Agency (NIA) official accused of allegedly leaking sensitive material to a person who then passed it on to a handler of the banned terror group Lashkar-e-Taiba (LeT).

“The entire evidence to prove these facts which has been relied upon by the prosecution, is documentary/electronic in nature as it is the information retrieved from the phone of the accused that had allegedly established communication of these documents to his co-accused,”

In response to the NIA’s concern that Negi was tampering with evidence and influencing witnesses, the Court stated that this allegation could not be given much weight.

“Without getting into much controversy whether these documents were secret or not, I find that at this stage keeping in view the nature of the evidence, the fact that chances of accused tampering with the evidence or influencing the witnesses are very less and the period of incarceration of the applicant, the application is allowed,”

Negi, who won the President’s Police Medal for his work on the Hurriyat terror funding case, claimed that the informer to whom he reportedly handed some classified materials was introduced to him by a senior officer and that the informer’s services were used to break terror cases. The records in question, it was further claimed, were not covered by the Official Secrets Act.

The NIA, on the other hand, claimed that the informer in question had given those classified documents to a LeT handler. The government also claimed that Negi was instrumental in transferring sensitive information and restricted papers to the accused. Furthermore, it was claimed that Negi was charged with a non-bailable offence under Section 5 of the Official Secrets Act.

The Court did emphasise, however, that the offence under Section 201 of the Indian Penal Code (causing disappearance of evidence), for which Negi was charged, was a bailable offence. When it comes to the claimed non-bailable offence,

“With regard to Section 5 (wrongful communication or information) of Official Secrets Act, I find that what the prosecution needs to prove the commission of this offence is that there was a secret document which was possession of the accused/applicant and that he has communicated that document to his co-accused…”

Negi was granted bail on the condition that he not leave the country without the consent of the court, that he not tamper with evidence, and that he not influence witnesses.