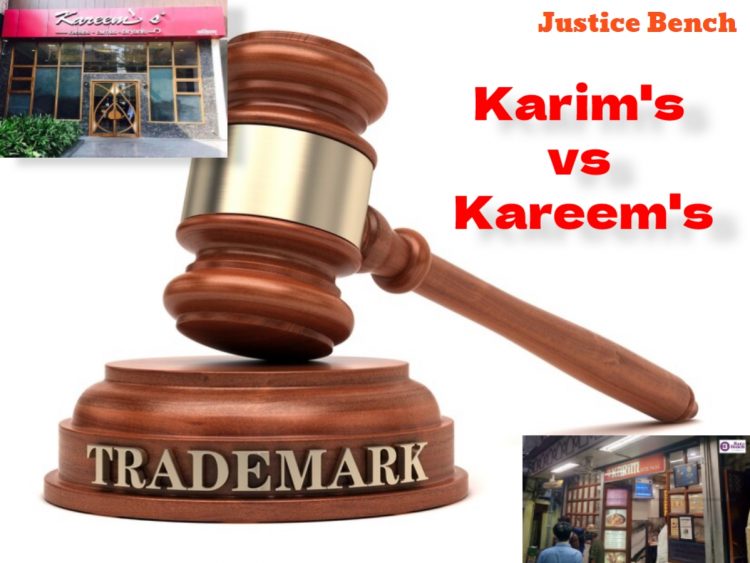 The Delhi High court bench comprising single judge Justice Prathiba M Singh in the case of Karim Hotel Pvt. Ltd. vs. Kareem Dhanani noted that the trademark was registered by the Mumbai restaurant in 2003, about 90 years after the plaintiff had adopted the same.

The Delhi High Court on Friday granted interim relief to Old Delhi’s iconic Karim’s restaurant by ordering a Bombay-based restaurant, ‘Kareem’s,’ to post a disclaimer on their website, social media handles, and in the newspaper stating categorically that it is not related to or associated with the Delhi Karim’s.

“The plaintiff is the primary owner of the mark, Karim’s, running over 41 restaurants. However, in this case a balance must be struck to ensure that neither party is prejudiced unfairly. The plaintiff’s mark enjoys enormous goodwill and and reputation, both in India and internationally.”

Surprisingly, the Court was perplexed as to how the Registrar allowed the defendants to register this mark while Karim’s was already in use.

Following that, the Court ordered the defendants to file written declarations as well as a list of franchise agreements with all of its franchisees by July 5, 2022.

In the first week of August, the case will be heard.

Advocate Farrukh Khan, appearing on behalf of Karim’s, said that the plaintiffs are the owners of a well-known trademark with great goodwill and recognition both domestically and globally.

He also claimed that using the registered trademark would result in deceit and passing off.

Khan further stated that this was the parties’ second round of litigation, as the first complaint was dismissed due to the dismantlement of the Chennai-based Intellectual Property Appellate Board.

Defendant Kareem Dhanani, on the other hand, claimed that his trademark was also registered in 2003 and that he chose the term Kareem’s after his own name.