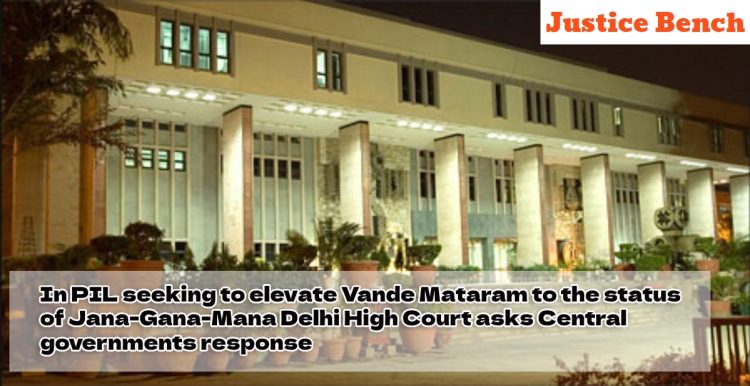 The Delhi High Court Bench comprising Acting Chief Justice Vipin Sanghi and Justice Sachin Datta in plea Ashwini Kumar Upadhyay vs Union of India and ors voiced their concern with the petition being made public before it was heard.

However, a bench comprising Acting Chief Justice Vipin Sanghi and Justice Sachin Datta voiced their concern with the petition being released to the media before it was heard.

At the outset we have expressed our displeasure to Mr Upadhyay about his publicising the fact of filing the present petition. When a petitioner does anything of this kind, the impression court gets is that it is merely a publicity stunt that the petitioner wishes to engage in. We have therefore directed Mr Upadhyay to not engage in such act. He has expressed his regret. However, since Mr Upadhyay files the petition in public interest, we are entertaining the writ petition.

Following that, the High Court issued notices to the Central and Delhi governments, as well as the National Council for Educational Research and Training (NCERT), which is in responsible for public textbooks.

The petition claims that the song “Vande Mataram” played a pivotal role in India’s independence fight and that it should be honoured and given equal status as the national anthem.

Giving ‘Vande Mataram’ equal status will be in keeping with the spirit of Constituent Assembly President Dr Rajendra Prasad’s statement.

The petition urged that the national anthem and “Vande Mataram” be played and sung in all schools and educational institutions every working day.

According to Upadhyay, the sentiments expressed in ‘Jana Gana Mana’ were articulated with the State in mind. The thoughts stated in ‘Vande Mataram,’ on the other hand, reflect the nation’s spirit and style, and hence deserve equal respect.

He went on to say that ‘Vande Mataram’ is a symbol of India’s history, sovereignty, unity, and pride, and that disrespecting it in any way, whether covert or overt, would not only be anti-social, but would also mean the end of all our rights and existence.

“Every citizen must therefore not only refrain from any such activities but also do his best to prevent any miscreant trying to show any disrespect to ‘Vandemataram’. We must be proud of our Nation, our Constitution, National Anthem and National Flag and put national interest above our personal interests and only then will we be able to protect our hard-earned freedom and sovereignty. It is the duty of the executive to frame a national policy to promote and propagate ‘Vandemataram’,”

The first two stanzas of Bengali writer and journalist Bankim Chandra Chattopadhyay’s poem Vande Mataram were accepted as the national song by independent India’s Constituent Assembly in 1950, but the song is not mentioned in the Constitution.

At the start of today’s hearing, the Acting Chief Justice said,

“It was not my intention my lords. You are already hearing many of my petitions. I will take care in future.“

lordships have in a catena of judgments recognised Vande mataram as a national song. Our forefathers have said it will equal to national anthem. But there are no guidelines. It has been misused in TV serials and parties etc. Our freedom struggle was based on this song. In the first five sessions of the Indian National Congress. Our first flag had Vande mataram