In the State enquiry of Jitendra Navlani, the Bombay High Court protects ED officers from coercive 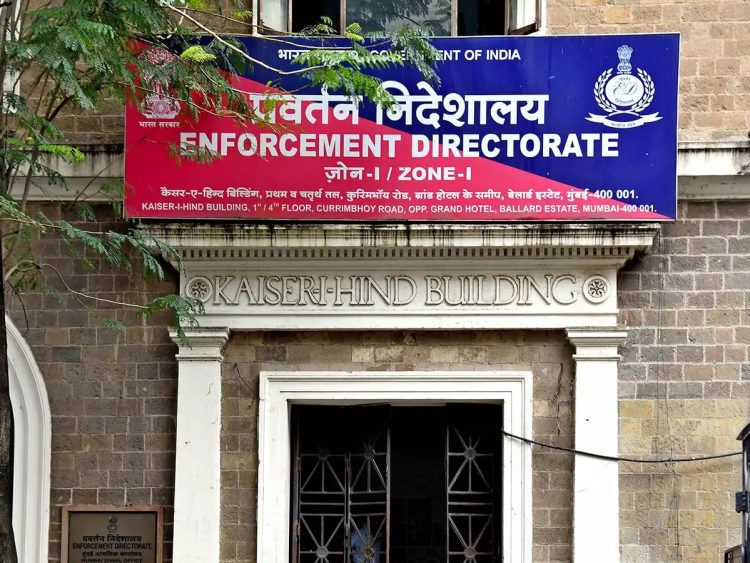 The ED has filed a petition before the High Court to transfer the inquiry to the CBI - CBI, investigation,enforcement directorate, mumbai police,JitendraNavlani- justice bench

The Bombay High court bench comprising Justices Milind Jadhav and Abhay Ahuja in the case of Enforcement Directorate v. State of Maharashtra & Ors.  granted interim stay for 3 weeks on any probe that could be initiated against Enforcement Directorate (ED) officials in relation to the investigation against businessman Jitendra Navlani.

The ED has filed a petition before the High Court to transfer the inquiry to the CBI, stating that the State government is attempting to obstruct the investigation of its ministers.

After the central investigating agency had sought the Court requesting transfer of Navlani’s case from the Mumbai Police to the Central Bureau of Investigation, a vacation bench of Justices Milind Jadhav and Abhay Ahuja protected ED officers from possible coercion (CBI).

The Maharashtra police’s Anti-Corruption Bureau (ACB) had filed a first information report (FIR) against Navlani for his alleged involvement in a corruption case, alleging that he extorted 58 crores from private enterprises between 2015 and 2021.

ED’s Additional Solicitor General (ASG) SV Raju stated that the FIR in Navlani’s case was filed under the Prevention of Corruption Act (PCA) against anonymous ED officers, as well as Navlani, who was not a government employee.

He stated that in order to open an investigation or inquiry into a public servant, the ACB needed the approval of a competent authority, which the ACB did not have in this case.

As a result, the Bench postponed any possible investigation into the cops and ordered that no coercive action be taken against them until the next hearing date, which is in three weeks.

The FIR was a clear attempt by the State machinery to derail multiple probes begun against State ministers “many of whom are intimately affiliated with the prevailing regime in the State,” according to the petition filed through Union panel advocate DP Singh.

Despite the fact that ED officers are not named as accused in the FIR, statements by top politicians such as Shiv Sena’s Sanjay Raut raised suspicions that the State’s inquiry had begun with a clear goal in mind.

Raut alleged in a recent tweet that ED officers and Navlani extorted over a hundred crore from builders and corporate offices, and that he had sent Prime Minister Narendra Modi a letter about it.

To ensure that the inquiry proceeds fairly, the ED requested that the Court issue an order directing the probe to be transferred to any impartial body, such as the CBI.