Interrogation of Abhishek Banerjee and his wife in Delhi instead of Kolkata, the Enforcement Directorate requests the Supreme Court 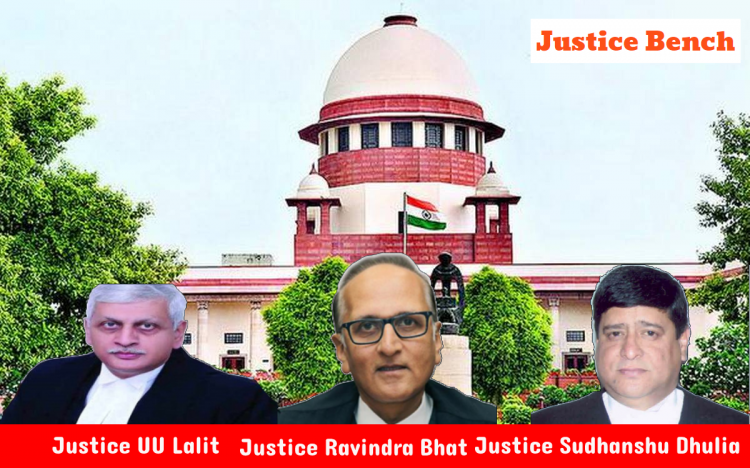 on Thursday the Enforcement Directorate informed The Supreme Court of India that the agency would want  Abhishek Banerjee, the nephew of West Bengal Chief Minister Mamata Banerjee and his wife Rujira Banerjee to be questioned in Delhi instead of Kolkata.

the Bench of Justice UU Lalit, Justice Ravindra Bhat, and Justice Sudhanshu Dhulia heard the SLP filed by Banerjee against the Delhi High Court’s judgment which dismissed their challenge to the ED’s summon in connection with the money laundering case registered over the Coal scam.

“Taking the past instances into consideration even CBI officers being squared in Kolkata as Banerjee is an influential politician,” said Additional SV Raju.

“My lords knows how central agencies were treated in Kolkata…CBI officers were gheraoed….the first petitioner (Banerjee) is an influential politician I should not be saying this”

when the court questioned why the Banerjee’s cannot be probed at Kolkata instead of Delhi, the ASGs submitted the same as Additional SV Raju.

On the other hand, Senior Advocate Kapil Sibal, petitioner advocate, said that under Section 160 of the Code of Criminal Procedure, the police should question witnesses at their place of residence. “I am not saying no to the investigation. I am saying come to Kolkata and interrogate..”

Accordingly, ” Section 160 CrPC was only applicable to police investigation and not to ED investigation, which is governed by Section 50 of the Prevention of Money Laundering Act (PMLA)” said ASG SV Ramu.

Further, SV Ramu stated that the issue relating to the applicability of CrPC to PMLA is before a bench led by Justice AM Khanwilkar, on which judgment is reserved.

Along with that, the ASG added that as per the provision of attendance at the place of residence under section 160 CrPC, the condition age below 15 for males and for women and Abhishek Banerjee is not a beneficiary in this provision. The ASG also pointed out that Abhishek Banerjee, being an MP, has a local residence in Delhi as well.

After listening to the arguments the court said if this is the concern an order can be passed to the Kolkata Police to provide all assistance to ED “For a smooth passage, we will say the moment you make a requisition 72 hours in advance, the Kolkata Police will co-operate and we’ll hold the State of West Bengal accountable”.

Further, the Court also questioned ED as to why the summons issued to Abhishek Banerjee and his wife does not mention if they are accused. The ASG sought adjournment till tomorrow to be clarified on this aspect. Accordingly, The Court adjourned the matter to next Tuesday and in meantime.

When the bench asked the ASG about the tentative time period they might require for questioning, the ASG replied that he cannot give a definite answer, adding that the investigation is being delayed due to the non-cooperation of the petitioners. Then ASG also stated that Section 160 does not apply to accused persons and applies only to witnesses.

The Bench further observed “But you are not saying if they are accused”.