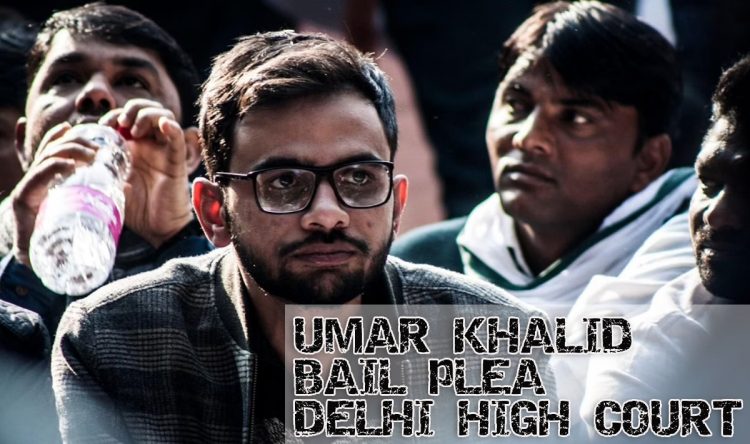 The Delhi High Court stated that while contemplating bail, it cannot dissect witness testimony and may only look at the facts in the chargesheet without questioning its veracity.

The Delhi High Court said on Wednesday that it could not convene a mini-trial to assess the authenticity of a witness’ statement while hearing Umar Khalid’s bail application in the Delhi Riots case.

The verdict in the Zahoor Ahmed Shah Watali case said that when contemplating bail, a court can only look at the material and evidence gathered as specified in the chargesheet, without doubting its authenticity, according to a Division Bench comprising Justices Siddharth Mridul and Rajnish Bhatnagar.

The Bench stated that the police statement of witnesses and the testimony presented before a magistrate cannot be compared in this instance.

However, Senior Advocate Trideep Pais, representing Khalid, argued that Watali established the need that the evidence/statement gathered in the chargesheet be “good” and “sufficient” for the court to reach a prima facie conclusion that the offence charged was committed by the accused.

The Unlawful Activities (Prevention) Act (UAPA) has a lower bail threshold than more harsh acts like the Maharashtra Control of Organized Crime Act (MCOCA) and the Narcotic Drugs and Psychotropic Substances Act, according to Pais (NDPS).

The Supreme Court has said three things. First the phrase ‘prima facie’ used in UAPA is different from presumption of an accused ‘not being guilty’ in other stringent statutes. Second, it has a lower threshold. And third, if there is anything that is good and true, take it on face value but on the face of it, it has to be good and true,”

The evidence value of the chargesheet, however, cannot be assessed at the time of granting bail, according to the Bench.

Umar Khalid’s appeal against the rejection of bail in the bigger conspiracy case including the Delhi Riots, for which he was accused under the UAPA and various other sections of the Indian Penal Code, has been heard by the High Court (IPC).

The topic of discussion was charges that Umar Khalid, Khalid Saifi, and Tahir Hussain gathered at the Popular Front of India (PFI) headquarters in Shaheen Bagh on January 8, 2020 to plot the riots. The plan was hatched on that day, according to the Delhi Police, based on the statement of a protected witness.

Pais contended that this was not the case, and that the witness had made no mention of the encounter in earlier testimonies, resulting in the filing of another prosecution against Khalid. In that case, Khalid has already been granted bail.

According to Pais, the plot charges were made mere days before Khalid’s arrest. He further claimed that the witness’ testimonies before the police and before the magistrate differed.

However, Justice Mridul stated that dissecting the statement to the level that was requested could not be done when contemplating bail.

“What the statement says it says, what it doesn’t, it doesn’t…You are asking us to hold a min- trial. That we can’t do,”

“Can we say at this stage that we do not believe the witness? We are not dealing with a bail application for the first time. We know what can and can’t be done.”

Pais stated that he is not seeking a judgment on the merits of the case since that would jeopardise the trial, but that the Call Detail Records (CDR) do not demonstrate that the meeting had happened and that only naked charges against Khalid are made.

The appeal will now be heard on Monday. Pais has stated that he will finish his arguments on the following day, after which the Delhi Police will be represented by Special Public Prosecutor (SPP) Amit Prasad.