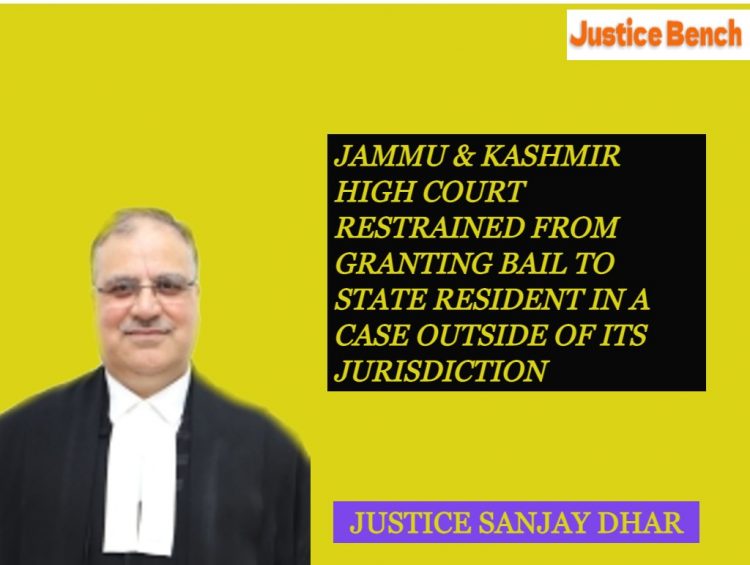 In the case of Nisar Ahmad Wani & Ors. v Police Station Neemuch & Ors., the High Court of Jammu & Kashmir and Ladakh Single-Judge Bench of Justice Sanjay Dhar recently held, in accordance with Section 438 of the Code of Criminal Procedure (CrPC) and the apex Court’s decision in Mohan Singh Parihar v Commission of Police & Ors., that it does not have jurisdiction to grant anticipatory bail.

The High Court was hearing an application under Section 438 of the CPC seeking anticipatory bail in connection with a first information report (FIR) filed for violating Section 498A of the IPC by a woman who accused the petitioners, her husband and in-laws with the police station in Neemuch, Madhya Pradesh.

The main issue before the Court was whether it had jurisdiction to grant bail in a case that had been registered outside of its local jurisdiction, in this case Madhya Pradesh.

The Court noted that the petitioners are not seeking transit bail, but rather bail in anticipation of permanent arrest.

The High Court concluded that it lacks jurisdiction to grant anticipatory bail to a person against whom a case has been registered with a police station located outside the local limits of the court’s jurisdiction under the Code, based on its own precedents and the provision under Section 438 of the CrPC.

As a result, the petition was deemed unsustainable and dismissed.