Justice HP Sandesh records the details of the transfer threat. 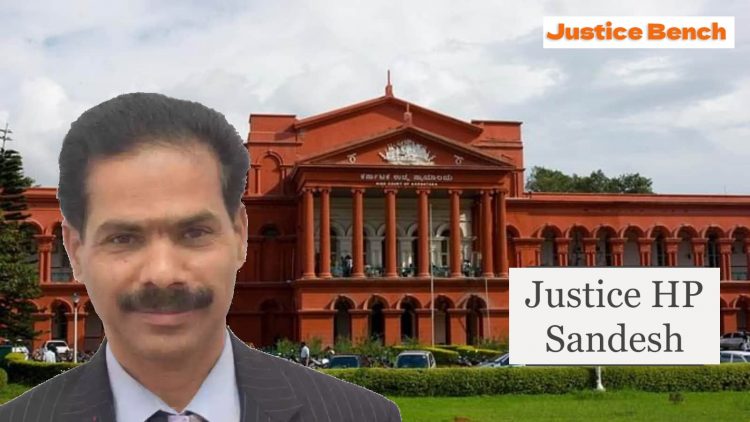 Justice HP Sandesh records the details of the transfer threat.

On Monday, Justice HP Sandesh of the Karnataka High Court detailed in his order the threat of transfer he had received for keeping an eye on several matters being handled by the State’s Anti-Corruption Bureau (ACB) in the case of Mahesh PS v. State of Karnataka.

The judge had already expressed his concerns verbally on July 4 about the threats he had received, but he had not done so in writing. However, the judge went on to clarify what had happened in his order from yesterday.

According to the same, on July 1, 2022, he was attending the farewell banquet for former Chief Justice Ritu Raj Awasthi when a sitting court judge approached him and seated next to him, conveying the threat.

“In the meanwhile, on account of superannuation of the Hon’ble Chief Justice, a dinner was arranged by this Court to bid farewell on 01.07.2022. “A Hon’ble sitting Judge came and sat by the side of me and stated that he received a call from Delhi (not disclosed the name) and said that the person who called from Delhi, enquired about me and immediately I replied that I am not affiliated to any political party and the Hon’ble Judge did not stop the same there itself and further said that ADGP is from North India and he is powerful and also gave an instance of transfer of Senior Judge of this Court to some other State and told that for no mistake on his part, he was transferred and chances of one side feeding to them and the same is nothing but an attack on the independence of judiciary and interference in dispensation of justice,“

In the course of the hearing, Justice Sandesh verbally defended the summons issued by the order of July 7, 2022, which is currently being contested before the Supreme Court. He claimed that the court’s ability to function was under danger, thus he made the decision to issue the order.

“There cannot be a threat to the Court.. I have intimated to concerned regarding the threat. This certainly amounts to threat to independence of judiciary and intervening in the dispensation of justice,”

Justice Sandesh made it apparent that the identity of the sitting judge who threatened him had already been given to the proper person when a senior attorney for one of the parties asked that the judge reveal it. The same would not, however, be made public in court.

The judge continued by saying that a sitting judge posed a threat to the court and questioned whether it was fair on the judge’s side.He also believed that an investigation into the matter was necessary.

Moreover, Justice Sandesh reviewed the ADGP’s service record and made remarks while doing so.

“A remark was made that the Officer has to give adequate attention to police image while performing his duties or supervising the duties of subordinate ofcers/ranks. It is further observed in column No.9 that lesser strength are loose supervision, soft going on subordinates, inability to say ‘No’.”

The single-judge instructed the Chief Secretary and DPAR to avoid appointing any “tainted officer” to the top of the institution that was created to fight corruption after taking these records into account.

So, before posting an officer, the Chief Secretary was instructed to consider their credibility, honesty, and background. Additionally, it was mandated that officers being deployed should not have relatives under ACB or Lokayukta investigation.

The Supreme Court’s plea will be considered on July 12; as a result, the Court postponed the hearing to July 13.

The Karnataka High Court has been directed to postpone the hearing in this case for three days by the Supreme Court.

The Additional Director General of Police (ADGP), Seemanth Kumar Singh, and the ACB were the targets of a petition from the ACB to the Supreme Court on July 7 challenging the Karnataka High Court’s decision to uphold Justice Sandesh’s oral observations that they were not acting in the institution’s best interests.

Solicitor General Tushar Mehta brought the order made by Justice Sandesh yesterday to the attention of the Supreme Court during today’s hearing on the appeal.

“Somebody applied for regular bail. He could have been granted or refused bail. The judge went on to observe that dept is not working properly and sought details of B summary report since 2016,”

The Karnataka High Court was then directed to postpone for three days by the bench that included Chief Justice of India NV Ramana and Justices Krishna Murari and Hima Kohli.

On July 4, Justice Sandesh had previously revealed contentious information in open court regarding threats of a transfer he had received for keeping an eye on specific cases being handled by the Bureau.

“Your ADGP so powerful (unclear). Some persons spoke to one of our High Court judges. That judge came and sat with me and he said giving an example of transferring of one of the judge to some other district. I will not hesitate to mention the name of the judge also! He came and sat by the side of me and there is a threat to this court,”