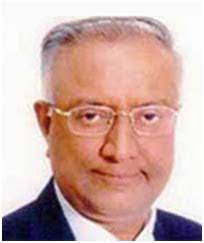 On October 16, 1945, Justice Bhatt was born in Jamnagar to a legal family. In August 1968, he became an advocate, and in 1976, he joined the Government Pleader’s office in Jamnagar.

He primarily practised civil, constitutional, and labour law, as well as banking and insurance law. For over five years, he worked as a part-time law lecturer, teaching Constitution Law, Jurisprudence, and Commercial Law.

Justice Bhatt was appointed as the Bench’s youngest District Judge in 1977, at the age of 31. He was also the Gujarat High Court’s youngest Registrar.

On June 21, 1990, Justice Bhatt was appointed as a permanent judge to the Gujarat High Court. He was named Acting Chief Justice, a position he held for about 5 months. He was chosen and recommended for the position of Chief Justice of Nauru, a country adjacent to Fiji.