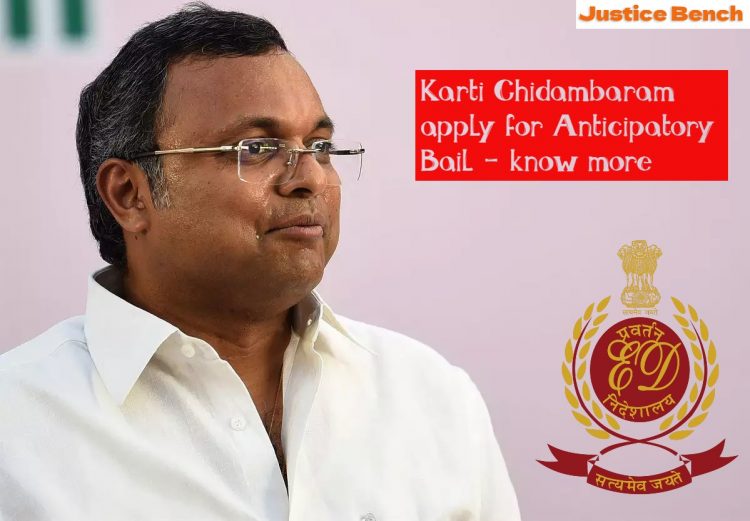 The Delhi High court bench comprising Special Judge MK Nagpal in the case of Karti Chidambaram v. ED  rejected the anticipatory bail plea of Karti Chidambaram who is Congress lawmaker and facing probe in a money laundering case connected to allotment of Chinese visas by the Enforcement Directorate (ED)

The politician’s appeal for pre-arrest bail was denied by Special Judge MK Nagpal. Later in the day, a detailed order is likely.

Karti is accused of facilitating visas for 250 Chinese people in exchange for a bribe of 50 lakhs rupees. The ED filed a money laundering complaint based on a case filed by the Central Bureau of Investigation (CBI).

Karti’s lawyer, Senior Advocate Kapil Sibal, argued that charges of concealment, possession, and purchase had to be proven before a money laundering case could be brought.

Sibal further claimed that his client had cooperated with the CBI for three days before the court granted him legal protection.

SV Raju, the Additional Solicitor General, objected to the plea, claiming that it was premature because the inquiry in this matter had only just began.

Karti predicted his arrest based on the rapidity with which the enforcement case information report (ECIR) against him was filed.

During the search, however, Karti indicated that nothing damning was discovered and no incriminating material was taken.