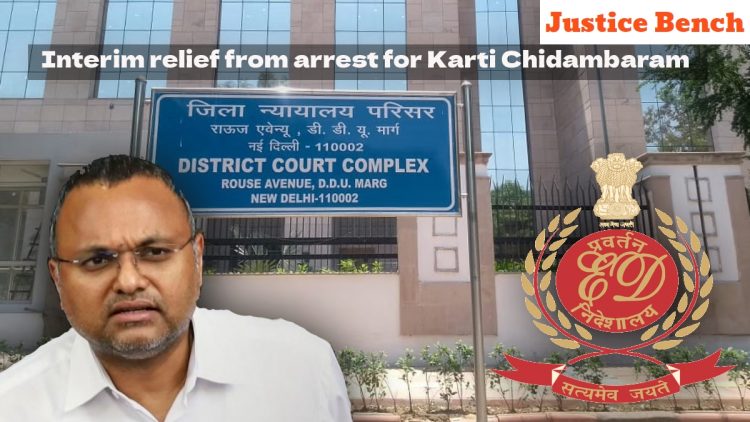 In a case filed by the Enforcement Directorate (ED) over charges of money laundering in the allocation of Chinese visas, a Delhi court awarded Congress Member of Parliament (MP) Karti Chidambaram interim protection from arrest on Thursday.

On May 30, the matter will be heard once more.

According to Chidambaram’s anticipatory bail petition, he learned from media reports that the ED had filed an enforcement case information report (ECIR) against him based on a case filed by the Central Bureau of Investigation (CBI).

On May 14, a search and seizure probe was undertaken at the home of Karti’s father, former Union Minister P Chidambaram, and a CBI complaint was filed. Karti was accused of facilitating visas for 250 Chinese people in exchange for a bribe of 50,000 rupees.

“Applicant apprehends that the respondent ED will arrest him and curtail his liberty. The basis for the aforesaid apprehension is the manner and haste with which the ECIR appears to have been registered against the applicant, without there even being an allegation in the alleged scheduled offence that the applicant has received any illegal gratification/ proceeds of crime, which the applicant could have allegedly laundered.”