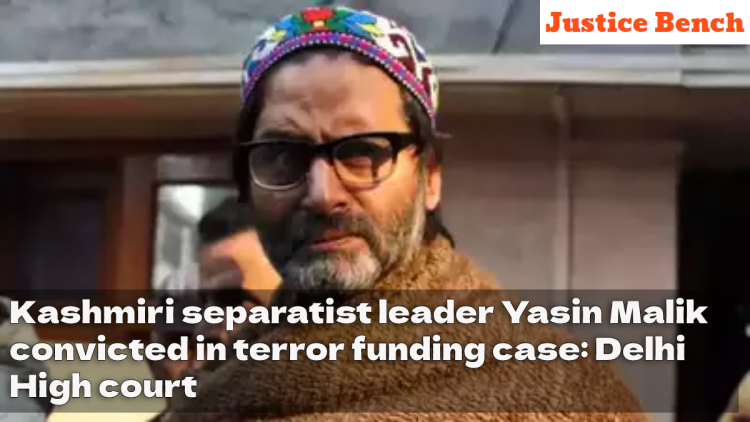 On Thursday The Delhi court convicted Kashmiri separatist leader Yasin Malik in a terror funding case and the hearing on the amplitude of the sentence will take place on May 25.

The Delhi Court found Tasin Malik guilty of offences under the Unlawful Activities Prevention Act (UAPA) and for offences of conspiracy and sedition under the Indian Penal Code.

Further, the Court directed Malik to furnish an affidavit regarding his financial assets by the next date of hearing.

Charges were framed against Malik in March after the court observed prima facie established that Malik and Shabir Shah, Rashid Engineer, Altaf Fantoosh, Masrat, and Hurriyat/Joint Resistance Leadership (JRL) were the direct recipients of terror funds.

The Court added that Malik had set up an elaborate mechanism across the world to raise funds for carrying out terrorist and other unlawful activities in Jammu and Kashmir.

Thus He indulged in criminal conspiracy pursuant to which large-scale protests, resulting in violence and arson at a massive scale, were orchestrated, the Court had said.

Malik had pleaded guilty after the charging order.