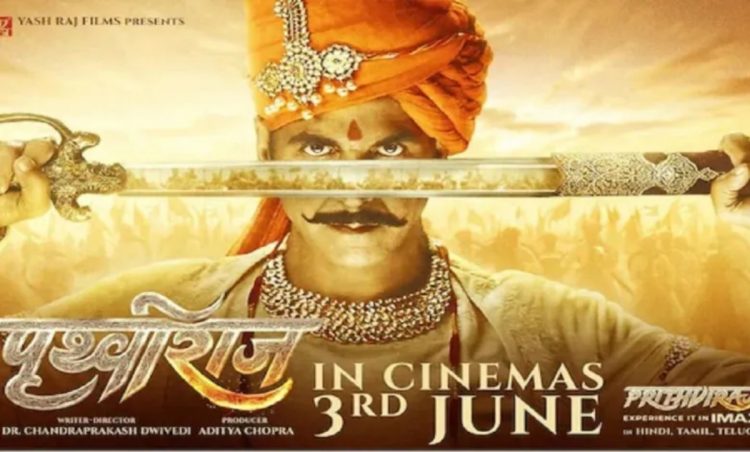 The appeal was dismissed when the court heard from the producer’s lawyer, who stated that the film is caste neutral and that the king is depicted as an Indian.

On Wednesday, the Delhi High Court dismissed a plea alleging that the main character ‘Prithviraj’ in the Bollywood blockbuster starring Akshay Kumar is depicted as a Rajput when he is actually a Gujjar.

The statement of the producer’s counsel that the movie is caste neutral and the king is depicted as an Indian was recorded by the Bench of Acting Chief Justice Vipin Sanghi and Justice Sachin Datta.

“The film is caste neutral and intention is to showcase the titular character as an Indian king,”

The counsel for produce stated

The petitioner’s attorney sought that the court record the statement as an undertaking based on this statement.

The Court followed suit, and the petitioner elected not to pursue the case.

The petitioner claimed that the film was based on a poem by Chand Bardai called “Prithviraj Raso.”

According to the counsel, historical documents also revealed that Chauhan’s father was a Gujjar.

He claimed that websites such as BookMyShow and Wikipedia stated in their descriptions of the film that it was about a Rajput ruler.

The lawyer claimed that depicting the character as a Rajput would offend Gujjars.

The film depicted the king as caste neutral, according to counsel for the Central Board of Film Certification (CBFC).

He added that the certification was awarded after he had seen the full film.

Meanwhile, Yash Raj Films’ advocate argued that they had no control over the content of other websites, only their own poster.

“The film is caste neutral and intention is to showcase the titular character as an Indian king,”

The Bench wondered why the producers didn’t issue an official statement clarifying their position.

To this, the CBFC counsel answered that if the film had been made with the goal of being neutral, such concerns would not have arisen.

Meanwhile, the producers’ lawyer indicated that another petition had been filed objecting to the figure being depicted as a Gujjar, and that as a result of such petitions, “the producers were stuck in the middle.”

The producer’s statement was eventually recorded by the Court, and the plea was dismissed.