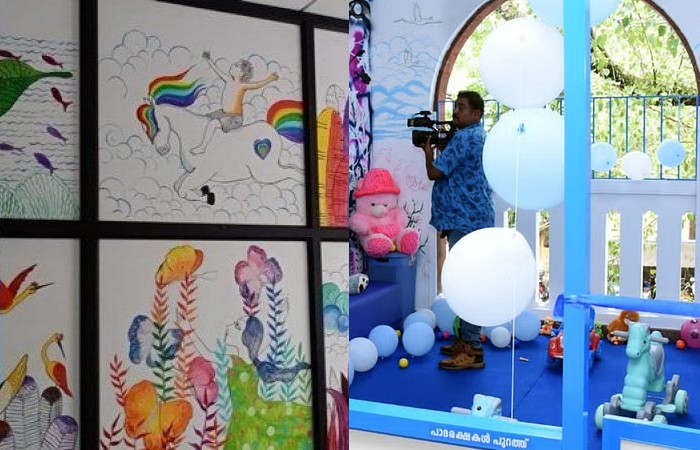 At a ceremony officiated by advocate MS Saji, president of the Calicut Bar Association, principal district and sessions judge S Krishnakumar opened the first kid-friendly Family Court in Kerala on Wednesday in the Kozhikode district.

A cooperative project of the Calicut Judiciary and the Calicut Bar Association Committee, 2022, the new Kozhikode Family Court is known as “Swapnakoodu” (nest of dreams).

It was established shortly after the Kerala High Court raised the potential of creating kid-friendly rooms in every Family Court, which was seen to be operating with very few resources.

A report from the Registrar (District Judiciary) regarding the feasibility of establishing designated kid-friendly rooms in all Family Courts was requested by a division bench made up of Justices A Muhamed Mustaque and CS Dias.

The Supreme Court had also emphasised the necessity of improving the accessibility of Family Courts for children.

To lessen the stress and suffering that children who are involved in custody and marital disputes experience, the new court facilities have been created. In the court, artwork from artists like Sunil Ashokapuram and Nisha Ravindran has been on exhibit.

Lawyers provided dolls, toys, games, and other supplies for the designated play area.

make children fearless to come to the family court snad to participate in proceedings in a comfortable state of mind.

Prior to the Court’s opening, the Calicut Bar Association released a news statement advocating for the conversion of all Family Courts to

The Ernakulam District Court Complex hosted the inauguration of Kerala’s first POCSO court that was entirely kid-friendly in June of this year. The recently renovated POCSO court contains a number of amenities, including play areas, private restrooms, and dining spaces, to provide a more comfortable setting for child survivors to easily and safely give evidence.