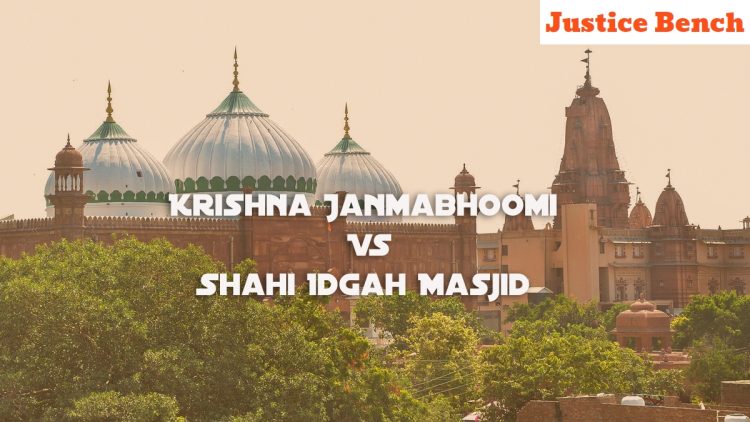 The Court Ordered “Right to sue of the plaintiff will stand restored. The case will be restored at its original number”

The Mathura court passed significant orders on Thursday ruling that the suit to remove the Mathura Shahi Idgah Masjid on the ground that it was built over Krishna Janmabhoomi land, is maintainable.

the Court ordered that “Right to sue of the plaintiff will stand restored. Case will be restored at its original number,”.

the plea was filed challenging the dismissal order of the lower court by Hindu deities Bhagwan Shrikrishna Virajman and Asthan Shri Krishna Janmbhoomi, through next of friends Ranjana Agnihotri and others.

The suit was filed seeking the removal of the Shahi Idgah Masjid on grounds that it was built over Krishna Janmabhoomi land.

Therefore, The plaintiffs have staked a claim to 13.37 acres of land on the ground that it was the birthplace of Lord Krishna.

A civil court citing the bar on admitting the case under the Places of Worship (Special Provisions) Act, 1991 has dismissed the suit on September 30, 2020.

However, an appeal was filed before the Mathura District Court challenging the lower court’s decision.

The appellants contended that as devotees of Lord Krishna, they have a right to move the suit in view of their fundamental religious rights under Article 25 of the Constitution of India.

The court reserved its verdict on the appeal on May 5, 2022.