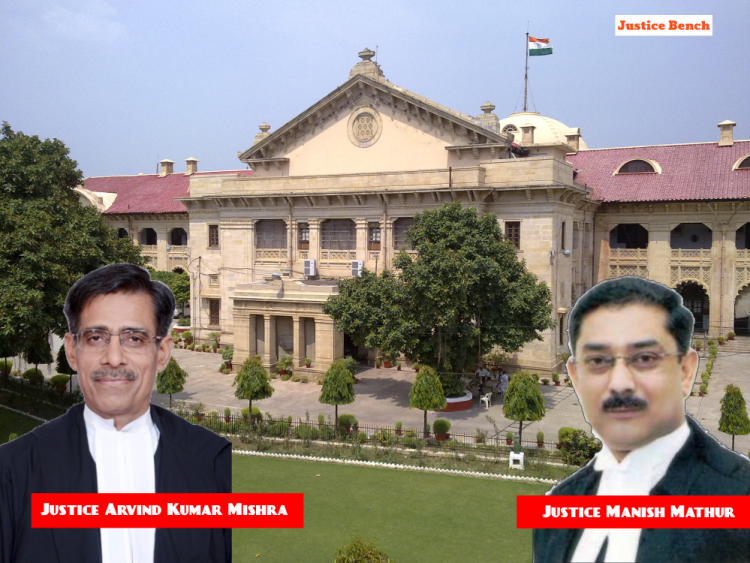 In a recent case at Lucknow, The Allahabad High Court directed the Uttar Pradesh Government, stating that no person, including an accused, can be summoned to a police station orally by subordinate police officials without the approval or consent of the station house officer.

The Bench headed by Justice Arvind Kumar Mishra-I and Justice Manish Mathur directed that if a complaint is made at any police station that necessitates an investigation and the presence of the accused, a suitable course of action as prescribed under provisions of the Criminal Procedure Code are to be followed, which contemplates serving a written notice upon such a person, but only after a case has been registered.

A person’s life, liberty, and dignity cannot be jeopardized based solely on the verbal orders of police officers, emphasized the bench.

In this case, A girl (Sarojani) filed a letter petition before the High Court in which she claimed that her parents (Ram Vilas and Savitri) were summoned to the Mahila Thana Police Station in Lucknow and did not return.

The girl’s petition was Heard on April 8, 2022, and treated as Habeas Corpus, the State represented by A.G.A informed the Court that no such occurrence had occurred at the police station.

Further, the Court emphasized that there is no provision in either the Indian Constitution or the CrPC that requires a police officer to summon and detain a person even without the filing of a first information report, and that too orally.

The Court Signifying the right to personal liberty as envisaged by Article 21, which means that a fair, just, and reasonable procedure must be followed by police officers must be viewed in the context of any such action.