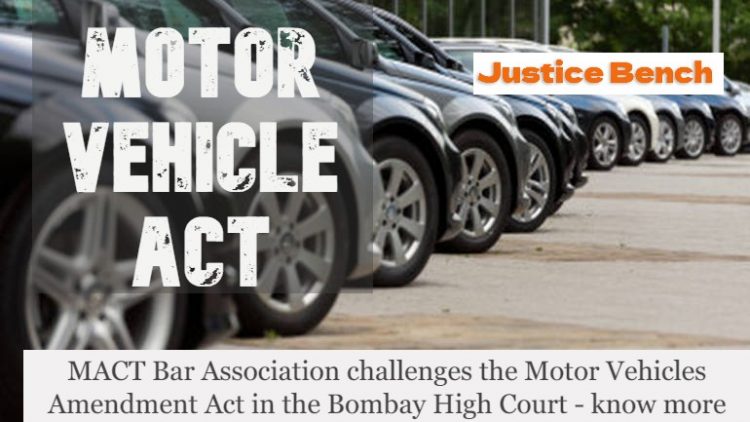 On Friday, the Motor Vehicles (Amendment) Act, 2019, and the Rules promulgated under it were challenged in court, and the Bombay High Court requested the Central government’s answer.

When speaking on behalf of the Central government, advocate Pranav Thackur asked for more time to respond to the plea. The plea was approved by a court chaired by Chief Justice Dipankar Datta, and the case was scheduled for hearing after two weeks.

According to the appeal submitted by the Bar Association of the Motor Accident Claims Tribunal, Mumbai, the MV Act introduced “no-fault responsibility” to Indian law and ensured that the victim would receive compensation from the insurance carrier.

In 2011, a bill amendment that sought to reduce the insurance company’s third-party liability was introduced.

The bills limiting liability of insurance companies and imposing limitation in filing the claims by the accident victims, as the same was about to bring a draconian effect over the families of road accident victims”

The petitioner had expressed their concerns about the bill in their comments to the relevant authorities. While this bill was unsuccessful, a similar one was enacted in 2019 and, despite opposition, it was passed into law.

The 2019 Act’s revised sections were delayed for a while, which provided the petitioner the impression that their complaints were probably taken into account. The petition noted that the entire act was only completely implemented in April of this year. As a result, the petitioner sought the High Court with the knowledge that future litigants would face challenges.

Chapter X of the MV Act, which related to “no fault responsibility” in some circumstances, was removed by the modified Act of 2019. In addition to fixing the interim liability, Chapter X’s rules also set the amount of compensation that an accident victim can receive from the owner and insurer of the at-fault vehicle.

The modification also repealed Section 163A, which allowed compensation to be granted without requiring proof of negligence while taking into account a person’s low income.

In accordance with the modified Act, no application for compensation will be considered unless it is submitted within six months of the accident’s occurrence.

This will prevent poor victims of traffic accidents from pursuing compensation under the current MV Act, the petitioner argued.

Hence amended act is putting restriction on the right of the victim to get a fair and just compensation. It will be a violation of right to life of the victims of the accident,

The association requested a stay on the execution of the amended legislation as well as the quashing of the act through the current petition.